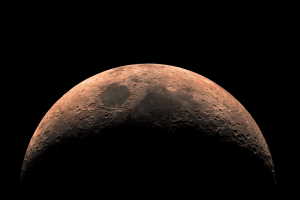 The dark web typically conjures up thoughts of criminal activity. While there are undoubtedly unsavory characters leveraging the darknet for illegal pursuits, there are also virtuous uses of the “hidden internet.”

As reported, per data from blockchain analytics provider Chainalysis, over USD 600 million worth of bitcoin (BTC) moved on darknet markets in Q4 of 2019. (However, the darknet still accounts for less than 1% of all BTC transactions.)

In this article, we will highlight the bright side of the dark web and discuss instances where it has played a role in making positive change.

For example, in June 2013, The Guardian published an explosive article revealing that the American government, through the National Security Agency (NSA), had been spying on its citizens by accessing records pertaining to their phone calls. At the time, the data was said to be from an anonymous informer. However, former government contractor, Edward Snowden, eventually outed himself as the source of the leak.

Laura Poitras, the journalist who Snowden reached out to in order to share the information with the public, credits Tor, the infamous dark web browser, as one of the main tools which made the entire endeavor possible. In a Reddit AMA, she stated:

“It would have been impossible for us to work on the NSA stories and make “Citizenfour” without many encryption tools that allowed us to communicate more securely. In fact, in the credits, we thank several free software projects for making it all possible. It’s definitely important that we support these tools so the creators can make them easier to use. They are incredibly underfunded for how important they are. You can donate to Tails, Tor and a few other projects at the Freedom of the Press Foundation.”

Additionally, In 2015, President Obama signed an Executive Order barring donations to people or parties that may affect national security. The loose wording of the Order led to beliefs that it applied to whistleblowers like Snowden.

In response, people began to donate to ‘The Snowden Defence Fund’ in bitcoin, exceeding any amount previously donated to the fund over a similar period of time. WikiLeaks also accepts donations in bitcoin and anonymous submissions over Tor.

While the dark web is considered to be a playground for shadowy figures peddling illegal wares, a University of Surrey research paper found that “only” 60% of websites on the dark web were of an illegal nature.

The rest of the dark web is utilized by law-abiding citizens who simply want to protect their privacy. This is especially true in the case of citizens living in repressive regimes where there is significant censorship. Totalitarian regimes typically limit access to the internet by throttling the bandwidth or more severe blanket website restrictions and blockages.

“Facebook has a Tor instance for people in repressive regimes. We see Tor use go up whenever a dictatorship takes over or a coup occurs. Tibetans, United Arab Emirates, Tunisia, Egypt. The list goes on and on.”

The dark web, accessed through Tor, can be an invaluable tool for those seeking to counter repressive regimes and their machinations. For instance, grassroots efforts leading to the adoption of the Tor browser in Mauritania led to the government abandoning the filtering of websites in 2005.

Additionally, when the government of Venezuela began to impose internet restrictions, citizens took to Tor to communicate. While the government eventually banned access to Tor through the state-owned internet service provider, some citizens were able to leverage their access to crypto to hedge themselves from inflation, conserve the value of their assets, and provide themselves with some liquidity on an as-needed basis.

Solidarity during the COVID-19 pandemic?

Chainalysis noted in a recent report focused on the relationship between the COVID-19 pandemic, the bitcoin price correction, and activity on darknet markets that spending has slowed down.

This state of affairs is not unique to darknet marketplaces as businesses across the world are reporting significant dips in profit. However, given the lockdown effective in many areas of the world, people are not frequenting bars, clubs, pubs, festivals or other such social situations where drugs are typically consumed. Thus, people just likely don’t have the need for drugs, which is one of the biggest revenue drivers for the darknet vendors.

Despite the marked fall in profits for darknet vendors, many seem to be standing in solidarity with the rest of the world. The cybersecurity firm Digital Shadows reveals that many of the actors on dark web marketplaces are echoing information found on the surface web in regards to staying safe and flattening the curve.

Additionally, some hackers are even rejecting calls for ideas through which they can exploit the general public during the pandemic. Digital Shadows states:

“As we’ve seen time and time again, cybercriminals will find ways to take advantage of people’s fears and uncertainties in the wake of major disasters and emergencies. However, the gravity of the COVID-19 pandemic has shown some benevolent reasoning has emerged on some platforms that are typically used for crime: Users urging others to avoid taking advantage of an already dire situation.”

DeFi Unlocked: How to Earn Crypto Investment Income on Uniswap
A Bitcoin Multisig Primer: How Does it Work & What You Need To Know
Zero Interest Rates Not The Only Driver For Stablecoin Demand
Check out These Dozens of Crypto Christmas and New Year Gift Ideas
Bitcoin DeFi Startup Atomic Loans to Launch Lending This Summer
Understanding Oracles In The Blockchain World - A Not-Too-Technical Primer
P2P Bitcoin Trading: Bisq & Paxful Grow, LocalBitcoins Slips
Bitcoin Needs New Blood. Will it Come?
0 replies