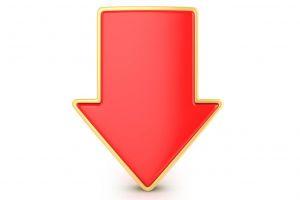 Despite a recent rally against USD, majority of the top 100 altcoins are in red against bitcoin (BTC) today. Also, the bitcoin dominance, or the percentage of the total market capitalization, increased to almost 68% and is at a three-month high.

In the top 10, only EOS (EOS) has registered gains against BTC while in the top 100, less than 20 tokens and coins are in green against BTC.

EOS (EOS), ranked 7th by market capitalization, is the only coin in the top 10 that is up against BTC. In the past day, EOS has gained 1.6% against BTC, but it’s still down by 5% in a week.

In the past week, ETH, XRP, and bitcoin cash (BCH) are down by double-digits against BTC. Meanwhile, among the top 100 coins by market capitalization, FABRK (FAB), ranked 70th, is up by 108% against bitcoin in the past week and is also the best performer today. 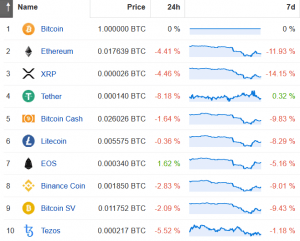 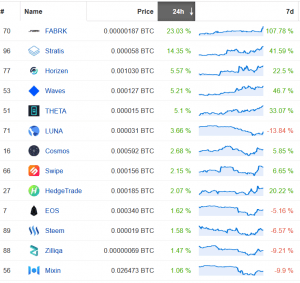