It’s only been four months since the last MyEtherWallet hack, but the crypto wallet platform is at the center of yet another security breach. This time, however, the breach involves the Hola VPN.

As a result, if you use Hola’s Chrome extension, MyEtherWallet has warned that you should move your funds to a new account.

MyEtherWallet Hack: What We Know

Yesterday, hackers compromised the Hola VPN service for roughly five hours. In that time, the crypto wallets of Google Chrome users may have been compromised.

Why? Because they had the Hola extension installed on their computers. By having the extension, hackers were able to log the activity of those users.

Immediately, MyEtherWallet took to Twitter to provide a statement, urging its users to transfer their funds – if they still have access to them, that is.

Urgent! If you have Hola chrome extension installed and used MEW within the last 24 hrs, please transfer your funds immediately to a brand new account!

For those who don’t know what the Hola VPN is, it is a virtual private network service.

Note that the breach is technically over, but, that doesn’t mean it’s necessarily over for those involved.

Over or not, it’s important for Hola Chrome extension users to transfer their funds, just in case the hackers return.

However, this isn’t exactly a quick fix. Opening a new account and moving their funds will ultimately cost these users transaction fees. Fees that they wouldn’t have had to pay if the MyEtherWallet hack didn’t happen.

Is MyEtherWallet to Blame for the Latest Breach?

The short answer is no. The long answer is not really, but considering this is the second major MyEtherWallet security breach in less than three months, I would say the Ethereum wallet interface could improve on a few things, security-wise.

That being said, MyEtherWallet said that MEW developers had no control over the incident. As a result, they warned their uses, in hopes of preventing any further harm.

On the subject of Ethereum, how is the coin doing on the market today? 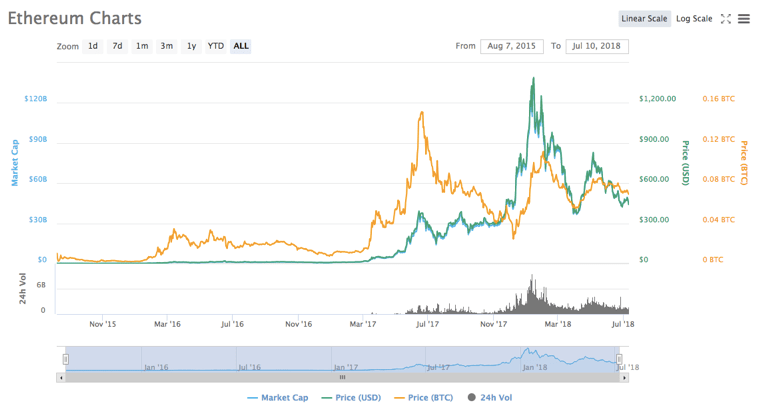 MyEtherWallet has been subjected to scrutiny over the past few months, particularly by the founder of 8chan, Frederick Brennan.

Though the actual number of those affected by the MyEtherWallet hack has yet to be disclosed, the wallet is likely to receive a lot of flack over this.

What do you think?