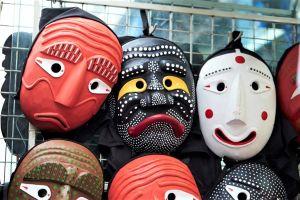 Per Newsway, the country’s “big four” exchanges, the market-leading Bithumb, Upbit, Coinone and Korbit, are “putting all their energy into preparations” ahead of contract talks with the banks. The exchanges existing banking deals all expire at the end of the month.

Under existing regulations introduced in early 2018, the country’s exchanges are compelled to enter into six-month renewable arrangements with domestic banks. Banks and exchanges must meet strict criteria pertaining to customer withdrawals and deposits – which must be made using government-sanctioned real name-verified, social security number-protected accounts.

However, a number of exchanges have experienced difficulties in the past, with banks careful to toe to the government’s line on crypto policing. As such, many banks have been stepping up their due diligence and compliance protocols progressively since 2018.

Newsway states that an air of “pessimism” surrounds contractual proceedings this time around. As previously reported, the domestic exchange scene has been badly shaken by two major incidents since the last batch of six-month contracts was signed.

First came a significant altcoin leak in a suspected hack on Upbit – up until then the only major South Korean exchange never to have suffered a hack.

This was followed by a tax authority decision to hand Bithumb a USD 67 million tax bill. Bithumb has also been beset with problems surrounding its ownership.

However, the same media outlet claims that industry insiders believe banks consider Upbit has dealt appropriately with the aftermath of the altcoin leak – and could well be set to make a hitch-free bank contract renewal.

The legality of South Korea’s stringent crypto banking laws will fall under scrutiny next month – when a pro-crypto lawyer challenges Seoul’s measures at the country’s Constitutional Court.