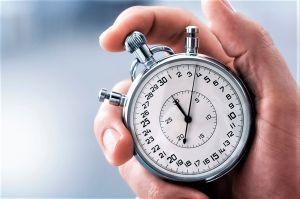 Double-spending an average Bitcoin (BTC) transaction is not profitable and, though exchanges and merchants often require it, sending some sats may not in fact need six confirmations – according to calculations by two mathematicians.

For an average transaction, only one or two confirmations (in theory, it would take c. 20 minutes) are needed to be requested by the recipient so the double spend strategy wouldn’t be profitable, they claim.

A paper by two European mathematicians, Cyril Grunspan and Ricardo Pérez-Marco, published by Cornell University, looks into the calculations and the estimate of the probability of success of a double spend attack as presented in the Bitcoin White Paper. The mathematicians’ goal was to see how many transaction confirmations are needed to incentivize honest mining and how profitable it really is to double-spend a transaction when compared to honest mining.

Double-spending is a risk that a cryptocurrency can be spent twice by manipulating blockchain and reproducing digital information. Its most-threatening form is a 51% attack, which can happen if an individual or a group controls over 50% of the computing power maintaining the network. Miners can use this attack for double-spending or even just to discredit a crypto / blockchain.

However, according to the researchers, the double spend strategy, often called a “Finney attack”, can ruin the attacker given the mining costs.

They give an example, saying that if an attacker controls 1% of total hash rate, or computing power, of the Bitcoin network, for this attack they would have to spend a minimum of 49 coinbases (mining rewards), which is more than BTC 600 (USD 4.3 million) (before the 2020 halving) to revert a single confirmation. And if he wants to revert two, the number climbs to “more than 1.666 coinbases or more than [USD] 179 million.”

So, basically, large miners would not deal with small double-spending, and small miners with less than 1% of the hashrate would need the attack to be profitable for the double-spend to make sense.

The techniques at the core of the results presented in the paper, say the authors, are actually a combination of the techniques developed in their two previous papers: “Double spend races” and “On profitability of selfish mining.”