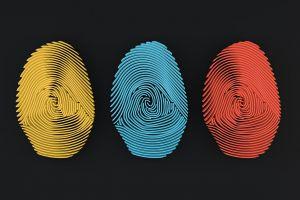 The widespread use of cryptocurrency as an alternative method of payment has led to a growing digital ecosystem over the years. Governments are behind the curve, continuing to wrestle with how to develop effective public policy measures to regulate its use.

The Bank of Canada has been actively exploring the option of a central bank digital currency (CBDC) to address the perceived threat of cryptocurrency for several years. This national digital currency would be centralized, meaning that the bank would be able to monitor and regulate the transactions within that network.

Cryptocurrency is a decentralized digital currency that relies on the application of cryptography to conduct financial transactions and protect against counterfeit and fraud. Cryptocurrency is an alternative to sovereign currencies that are issued by state governments, like the Canadian dollar.

My doctoral research explores how states try to regulate cryptocurrency — a disruptive technology that threatens sovereignty that’s resistant to being controlled by any state unilaterally.

The use of cryptocurrencies has broad implications for the global economy as well as the role of the state. As a decentralized, peer-to-peer payment network that allows individuals to share information with one another without the need for a middleman, cryptocurrency circumvents the control central banks have over money supply.

Powered by blockchain technology, no single third party is in control of the transactions and data stored on the distributed ledger. As such, the use of cryptocurrency as a means of payment has the potential to undermine the ability of the state to track currency movement.

As a result, governments have moved to curtail cryptocurrencies, in some cases referring to them as a direct threat to national security and the stability of the global financial system.

[embedded content] Mark Carney, governor of the Bank of England, believes that a virtual currency could strengthen the global economy.

In a report commissioned by the Bank of Canada, findings suggest that Canadians now have an increased awareness of cryptocurrencies such as Bitcoin, and an estimated five per cent of Canadians actually own these digital assets.

Government-owned digital currencies would likely run on a private blockchain, reducing transparency due to their centralized governance model. Private blockchains attempt to take the advantages of blockchain technology without giving up all of the control. This centralized approach increases the risk of a single point of failure as all of the data is stored in a single system.

Storing immense amounts of data in a centralized location has not always been successful, often leading to data breaches and leaks. Furthermore, there would be easier access to data since hackers would only have to compromise a smaller number of nodes, compared to the amount of nodes in a public decentralized network.

Traditional cryptocurrencies are decentralized and the transactions are validated and governed through consensus. This means that a majority of the nodes in the network would have to agree that a transaction occurred in order for it to be validated.

The Bank of Canada’s exploration has suggested that establishing a digital currency would provide them with the ability to collect more information on Canadian consumers than ever before. These personal details and data could then be shared with third parties, such as law enforcement, which currently require a warrant to investigate the spending habits of an individual.

The notion of collecting more information on Canadians through a proposed digital currency raises serious privacy concerns. While cash continues to be the only way to keep your transactions anonymous, the use of cryptocurrency leaves a detailed trail.

By inserting themselves into the mix, the Bank of Canada aims to assert a new level of state surveillance in the digital economy.

Although some cryptocurrencies provide users with aliases, there is no guarantee that the Bank of Canada’s digital currency would provide citizens with that same level of anonymity.

A national digital currency that collects information on consumers has serious privacy implications, and one of the possible outcomes would be to replace physical money entirely. Institutional monitoring through digital currency spending habits raises concerns around the surveillance of minors, undocumented citizens and our right to privacy.

As countries prepare to experiment and launch their own national digital currencies, they will also be faced with the issues associated with centralized governance. 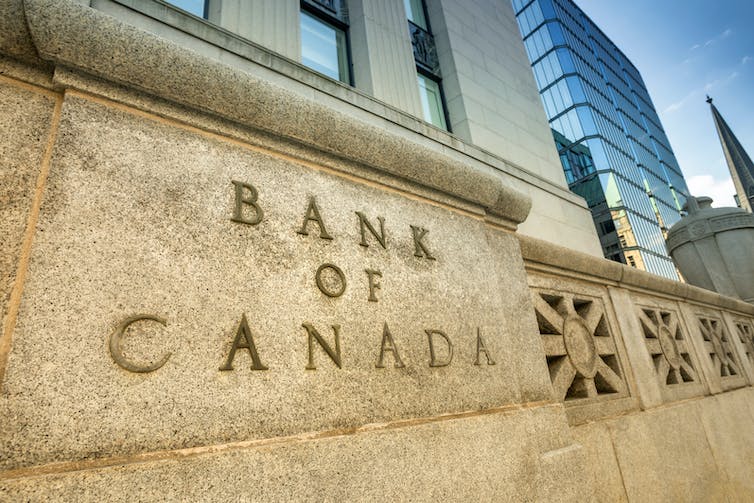 By introducing and regulating a federally managed digital currency, the Bank of Canada would also be engaging in state surveillance of Canadian spending patterns and habits. (Shutterstock)

Every bit of data that the central bank can control, view and share about Canadians and their spending habits are a potential learning advantage for the privileged bankers, but not for the rest of society. Every restriction that the Bank of Canada faces, such as the increased use of decentralized cryptocurrency among the population, is a weakness — hence its experimentation with private distributed ledger technology.

The introduction of any centralized cryptocurrency through the Bank of Canada must be subject to scrutiny since it would likely lead to an unprecedented level of state surveillance on Canadians. As we continue to experience more government and institutional monitoring, we must ask ourselves whether central banks are the right institutions to develop new digital currencies.

This article is republished from The Conversation under a Creative Commons license. Read the original article.

ICO Safe Harbor Won’t Change the Future
The Evidence Is in on Negative Interest Rate Policies
WallStreetBets Is Disrupting Financial Markets — Possibly Permanently
'Track & trace' Is Key To Containing COVID-19: How Privacy Can Be Protected
How Blockchain Could Prevent Future Data Breaches
The Case Of a Plunging Fiat Currency: Turkey's Struggling Lira
US Voting Over, But Near-Zero Interest Rates, Inflation Are Here to Stay
Why Bitcoin Likes a Hard-On Environment
0 replies