Bitpoint is the latest Japanese exchange to lose customer funds through a hack. In an announcement, the exchange said it lost $32 million worth of Bitcoin, Litecoin and other coins stored in their hot wallet. At the time of press, BTC is up 2.8 percent.

Japan is known for its flexibility. As one of the early adopters, Japanese regulators are firm on their oversight. Formulating and implementing consumer-centric laws, the Financial Services Agency (FSA) has the best interest of digital asset investors in the country. And this is understandable. From the world’s rustling Mt Gox hack and the recent Coincheck heist where investors cumulatively lost more than $800 million, the FSA must be stringent.

However, it appears as if malicious elements have their cross hairs on Japanese exchanges. After getting behind Zaif’s security, Bitpoint is the latest victim. Through an announcement, the exchange said they lost $32 million worth of several coins including Bitcoin and Litecoin.

By penetrating and swiping clean their hot wallets, hackers stole 3.5 billion yen. From this figure, 2.5 billion Yen belonged to clients. Notifying the general public of the unfortunate event, Bitpoint said: 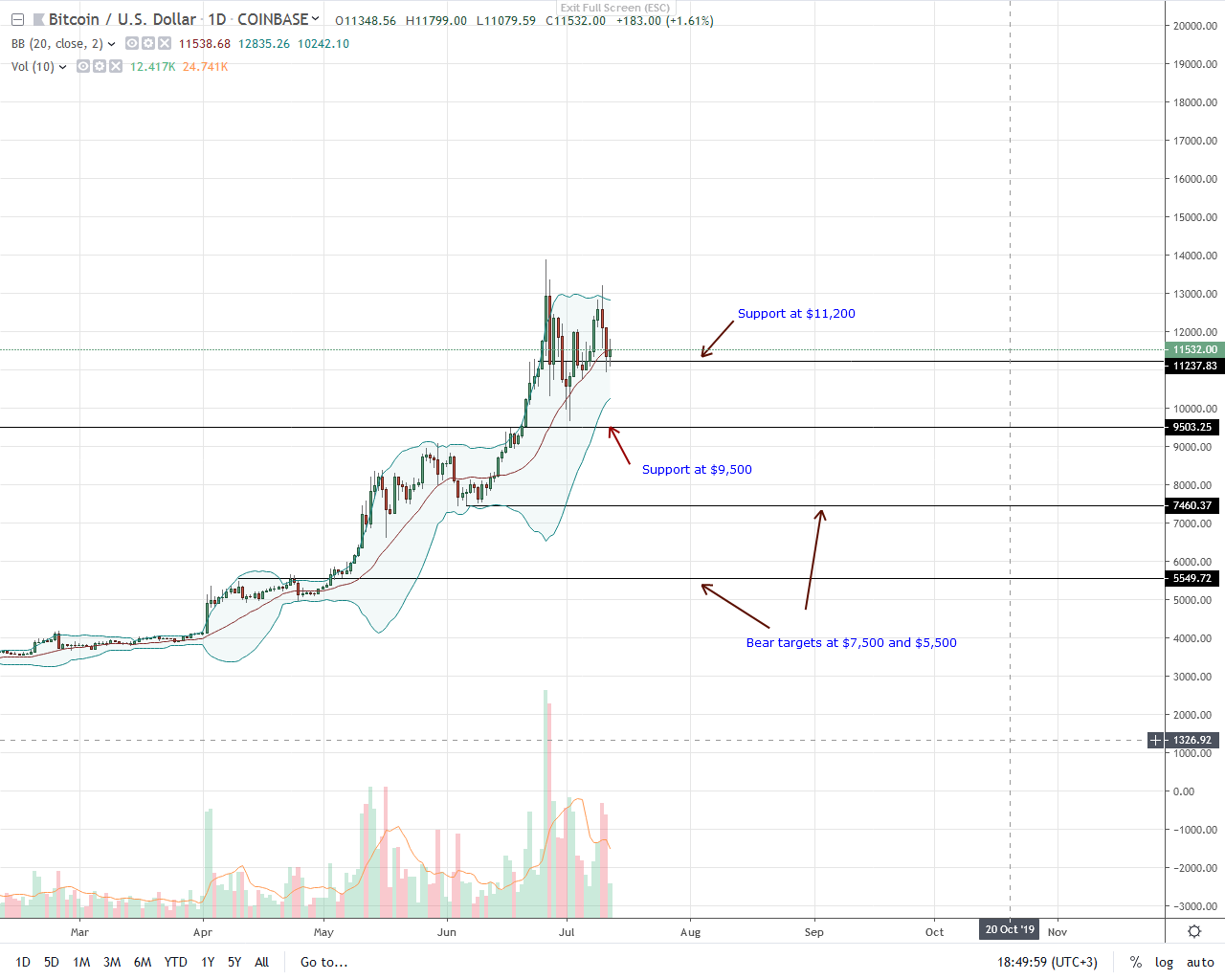 Overly stable and reacting from the middle Bollinger Band (BB) which is the flexible support line, BTC is up 2.8 percent in the last week. Nonetheless, in light of recent events, bulls are on the edge. The short to medium term trajectory largely depends on the price action of the next few days.

Assuming, and as reiterated in previous trade plans, there is a surge past June, then bulls will be at a pole position. In that case, BTC would easily float to $15,000 and even $18,000. On the other hand, the weakness of the last few days is a precursor for sellers.

Any drop below $11,200 with high participation shall confirm June 27 losses setting the pace for $9,500 or lower in a retest.

Therefore, from above, short to medium term price trajectory depends on the level of participation and breakout direction. Any surge or meltdown, above or below $14,000 and $11,200 ought to be with high trading volumes preferably exceeding 82k. In such a case, bulls will be stamping their authority in trend continuation or sellers flowing back in a retest.

Crypto Execs: Trump’s Bitcoin Quip is the “Biggest Bull Signal” for BTC... Altcoins Could See a Relief Rally as Long as Bitcoin Price Remains Steady in...
Scroll to top