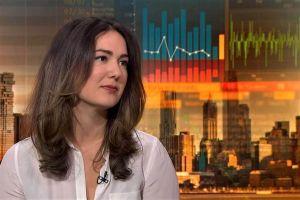 “[…] in the last two months alone, the amount of investor demand for bitcoin through things like Square’s Cash App, the Grayscale GBTC [bitcoin trust] product, and our XBT Provider product […], there’s been a 150% demand for bitcoin that exceeds the supply being produced, which to me, again, is a very bullish indicator,” she added.

Earlier in May, industry observers have already pointed out that the Grayscale Bitcoin Trust has indeed bought up more bitcoin since the halving than the amount that has been mined over the same period.

Despite the decreased supply of new coins since the halving, however, bitcoin has struggled to break through the important price barrier at USD 10,000. After reaching that level on Monday evening, Tuesday once again saw heavy selling that brought the price of bitcoin back down to the USD 9,500 level.

Among the many theories about what caused the dip, the CEO of blockchain data provider CryptoQuant, Ki Young Ju, blames the sell-off on capitulation from an unknown mining pool.

Major mining pools usually send #BTC to exchanges periodically, but this largest unknown mining pool, they only move their Bitcoins when the price reaches THE TOP.

Meanwhile, data from ByteTree shows that miners are now selling more BTC than they generate.

First spend tracks the number of coins that move from the miners’ wallets over that period. Source: terminal.bytetree.com