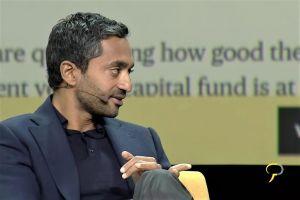 Bitcoin (BTC) may have already created a new “quasi gold standard” for the world, and it is either going to the millions or zero, a prominent California-based venture capitalist believes.

Speaking with Anthony Pompliano, Co-founder of digital asset management firm Morgan Creek Digital, on the Pomp Podcast this week, Chamath Palihapitiya, CEO of venture capital firm Social Capital, Chairman of Virgin Galactic, and former Facebook executive, said that he “has always thought of bitcoin as a very binary investment,” and that “it doesn’t matter” what price bitcoin trades at. “This is either zero or it’s millions,” he said.

He then went on to elaborate on his reasoning behind his “binary” view on bitcoin, saying that “what it will do is that it will create a quasi gold standard”:

“It will create an index, except that instead of having to own gold, where gold is owned by central banks, it is an instrument that has value that is determined by and between its participants, and it’s owned by everybody.”

Palihapitiya further said that while bitcoin will never be the same as gold, it could be seen as a form of “gold 2.0”:

“It replaces the method of value transfer that you need for fiat money to be valuable,” the well-known investor said. However, he also stressed that such a replacement of fiat currencies by bitcoin can only happen if the US dollar for some reason finds itself in severe trouble. (Learn more: QE Won’t Trigger Hyperinflation, says World’s Hyperinflation Expert)

He previously spoke of bitcoin as a “schmuck insurance” that he hoped he would never need and now he admits the chances are higher that the “insurance” will come in handy.

“But now, if the probability was 1% that it [the insurance] would be valuable, unfortunately, the probability is now like 5% or 10%, and there’s a real chance that by 2030, we don’t find a way to inflate our way out of this,” referring to the massive debt levels and unfunded pension liabilities found around the world.

As reported earlier, Chamath Palihapitiya is an advocate for using bitcoin as a part of any traditional investment portfolio, saying that bitcoin is “a fantastic hedge” and that everyone should have 1% of their assets invested in it as “insurance under the mattress.”
__

Watch the entire interview with Chamath Palihapitiya below:

Traditional Traders Could Be Ready to Go Crypto, Prefer Bitcoin – Sur... Bitcoin Needs To Make an Effort to Not Waste This Crisis
Scroll to top