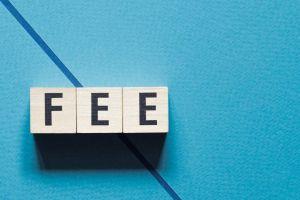 With Bitcoin (BTC) fees reaching new highs this year, the hammer that could knock it back down may be the imminent mining difficulty adjustment.

As reported, both Bitcoin and Ethereum (ETH) fees have been on the rise in the past week. According to Bitinfocharts.com, the average transaction fee made another jump, reaching USD 5.828 on May 18. Looking at the 7-day moving average values, the fees are up 70% since the third BTC block subsidy halving a week ago.

The median transaction fee also shows a 65% jump in the last three days to USD 3.3, with the 7-day moving average bringing that number up by 71%, to USD 2.5, since the halving. 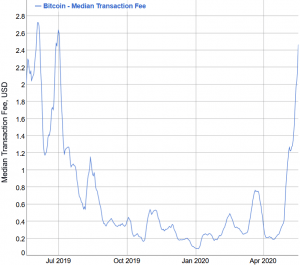 Meanwhile, as reported, Bitcoin miners will experience their first post-halving mining difficulty adjustment, estimated in around 11 hours. At that time, as major Bitcoin mining pool BTC.com estimates, the difficulty will drop by 5.4%. Per Mati Greenspan, founder of Quantum Economics, this should clear the backlog and lower the fees.

“This increase in fees may have been amplified by the reduction in hash rate that has taken place since the halving. This reduction, in turn, is caused by less efficient miners leaving the network. The drop in hashpower has increased the time between blocks, therefore reducing the amount of available block space,” crypto market analysis firm Coin Metrics said in their latest report today.

Miners are validating the transactions that include a higher fee first, which is now even more important after the halving last week. Therefore, when BTC mempool, where all the valid transactions wait to be confirmed by the Bitcoin network, gets full, the BTC senders will be raising their fees in a competition for the miners’ attention, until a maximum equilibrium fee that users are willing to pay is reached, at which point the miners will just validate them all in order. The traffic will then decrease and the fee will go down. 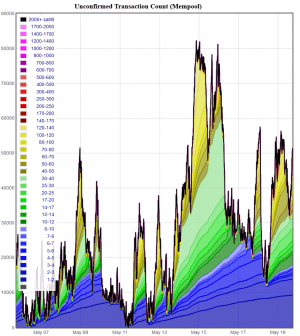 The average goes up because that’s what people are willing to pay. It’s a temporary bidding war while the mempool is full. If $5 is too much, don’t pay it, wait in line for confirmation or for the backlog to clear.

Over the past five years, only about 4.4% of miner revenue has been generated from fees, but since slightly before the halving, fees have surged to make up about 17% of total miner revenue, according to Coin Metrics. It’s the highest level since January 2018. 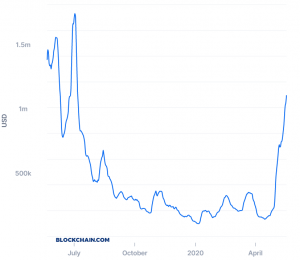 Though dropping somewhat on May 15, a day later ETH average transaction fee jumped 58% to USD 0.498, while the 7-day moving average shows a 106% increase in the last twelve days to USD 0.48, out of which almost 9% is in the last two days.

Median transaction fee went up almost 70% in two days after a short-lasting drop, with the 7-day moving average showing a rise of 110% in the last twelve days.

“For the last week ethereum tx fee revenue has exceeded most estimates of what [proof of stake] validator rewards will be,” wrote Vitalik Buterin, Ethereum Co-founder. As for the solution, “Rollups+sharding are coming (loopringorg zk rollup already on mainnet!) to increase capacity, but even today this is an important milestone for economic sustainability,” he said.