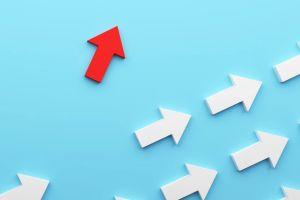 Bitcoin (BTC), the best performing asset of the last decade, ended 2019 on a far better note than both gold and the U.S. S&P 500 stock index, while still remaining uncorrelated to traditional assets, a new report from crypto exchange operator SFOX noted. However, there might be a new trend forming in the crypto market.

According to the report, bitcoin ended the year up 93.8% on a year-over-year basis. Meanwhile, gold and the S&P 500 stock index recorded year-over-year gains of 52.8% and 29%, respectively. In addition, bitcoin also outperformed its crypto rivals ethereum (ETH), litecoin (LTC), and bitcoin cash (BCH) by a wide margin.

Meanwhile, another interesting development last year, according to the report, was that the leading cryptoassets also ended the year less correlated with each other compared to previous years.

Most notably, the decrease in correlation occurred between BTC and BCH, bitcoin SV (BSV), and ethereum classic (ETC), starting from around December 20th. Among these, BSV and ETC stood out as the most uncorrelated with BTC, with several occurrences of large fluctuations in volatility independent of bitcoin throughout 2019.

However, it still remains to be seen whether the decrease in correlation within the crypto space is the beginning of a new trend that will continue into 2020, the report authors noted.

The report further said that volatility in both bitcoin and other major cryptoassets was low in 2019 compared to historical levels. Unsurprisingly, this has led more asset managers to view bitcoin as a favorable investment during the course of 2019.

Bitcoin still, however, lags behind the stock market when accounting for risk, the report said. The risk-adjusted return of bitcoin, expressed as the so-called Sharpe ratio, was 1.74 for BTC and 2.54 for the S&P 500 in 2019, indicating that the stock market still has a more attractive risk-to-reward profile.

What Were the Catalysts that Shot Bitcoin Price 15% Higher? Crucial Indicator Shows Bitcoin Price 250% Higher in 2020
Scroll to top