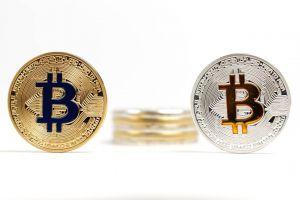 Although most of the activity around bitcoin (BTC) and other cryptocurrencies currently has more to do with price speculation than actual commerce, there are still plenty of reasons as to why accepting bitcoin payments makes sense for some businesses. Whether you believe in the ideas behind Bitcoin from a philosophical perspective or you just want to avoid chargebacks, there are plenty of benefits to be had from allowing your customers to pay for your goods or services via a cryptocurrency network.

BitPay and BTCPay Server are two of the most well-known options on the market in terms of enabling cryptocurrency payment acceptance for your business. However, they approach this problem from two different points of view.

Incredibly, BitPay was founded in the US all the way back in 2011 by Stephen Pair and Tony Gallipi. In fact, the company was launched less than two years after the launch of the Bitcoin network itself.

BitPay says its main mission is to transform the way individuals and businesses around the world receive payments through the use of blockchain technology. Many of the largest companies in the world that accept bitcoin payments, such as Microsoft and Newegg, do so via BitPay.

The company has processed more than USD 2.8 billion in cryptocurrency payments over the course of its entire history. Currently, the company processes payments made with BTC, bitcoin cash (BCH), ethereum (ETH), XRP, and three different stablecoins.

Over the years, BitPay has expanded into other products and services that help enable better utility for BTC and other cryptocurrencies as mediums of exchange. For example, in addition to their merchant payment processing offerings, BitPay also has a Bitcoin debit card, a Bitcoin wallet, and a number of open source tools for developers.

In 2014, BitPay gained some mainstream notoriety through their sponsorship of an NCAA (the National Collegiate Athletic Association) college football bowl game; however, the company decided to promote Bitcoin rather than their company specifically through the deal. More controversially, BitPay was one of the companies that supported the so-called New York Agreement in 2017, which was an attempt to implement a hard-forking increase to Bitcoin’s block size limit to go along with the Segregated Witness (SegWit) upgrade. While many major Bitcoin miners, other large BTC companies were supporting this attempt, the majority of Bitcoin’s development community and other industry players were against it. Back then, they stressed that this scaling solution would make Bitcoin more centralized.

BTCPay Server was created in 2017 by Bitcoin Core contributor Nicolas Dorier as an act of protest against BitPay’s activities around the aforementioned SegWit2x plan.

@BitPay This is lies, my trust in you is broken, I will make you obsolete

BTCPay Server gives users more control over their payments than what is available with BitPay — it’s effectively a self-hosted version of BitPay. In fact, the BTCPay API conforms to BitPay’s configuration, which allows merchants to make the switch.

BTCPay Server comes with a full node wallet for its users, which means the original intent of Bitcoin in terms of censorship-resistance and full control over one’s money is preserved with this payment solution.

Which BTC payment processor is right for you?

Choosing the right BTC payment processor for your business will depend on a variety of factors. Although they are attempting to solve similar issues, BitPay and BTCPay approach bitcoin payments from two very different perspectives.

If you’re someone who just wants to enable BTC payments because you think it will attract new customers and you’re not actually interested in the ideas behind digital cash, then you may be better off going with BitPay. They’ll be able to turn all of your cryptocurrency payments into fiat currency, helping you avoid any volatility risk. Additionally, there is an actual company you can call for help in case anything goes wrong. (In case of BTCPay Server, you would need to ask the community for help and sometimes pay for it).

If you’re more interested in Bitcoin from a philosophical point of view, then you may want to take a closer look at BTCPay Server. While the company plans to introduce crypto to fiat conversion in an unspecified future, you can already convert your cryptocurrency payments on your own without permission from a company to enable payments for a cryptocurrency that is supposed to be permissionless in nature. In other words, BTCPay Server is for people who actually have a need for a form of censorship-resistant digital cash.

Crypto Enthusiast’s A Day-by-Day Guide to Davos
Major Exchanges Are Hiring: Here’s What the Data Is Saying
Crypto 2020: Staking Market Growth and Dangers
Reversed Loses, Settled Lawsuits, Pickled Gold and 20 Crypto Jokes
What Is Bitcoin Dust – and How Can You Clean it?
DeFi On Bitcoin To Grow In The Shadow Of Ethereum
Devastation, Mitigation, Migration, Stabilization and 20 Crypto Jokes
Microstrategy Is Not For Microsoft and 20 Crypto Jokes
0 replies

Every Time Bitcoin Flashed This Signal Since 2015, a Boom Followed. It’s ... This Crypto Just Posted a Historic Breakout, Opening the Gates for a 50% Ra...
Scroll to top