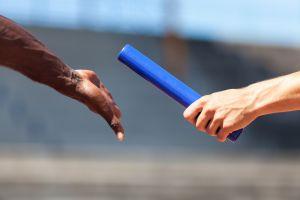 Black Americans are more interested in cryptocurrencies than white people in the United States, say the authors of a new survey.

The findings come in a report published by cryptocurrency exchange Coinbase. The survey, carried out in conjunction with British ad-tech firm Qriously in January 2020, asked 5,126 respondents aged 18 and above in the US and UK for their opinions on technology, finance and crypto – and found that 70% of Black Americans expressed an interest in Bitcoin and altcoins.

In contrast, only 42% of White Americans said they were keen on crypto. 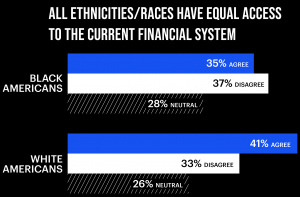 The Black Americans surveyed appeared to instead believe that crypto could provide multiple ethnicities with a level playing field in finance.

Coinbase highlighted data collected by real estate database company Zillow, which suggests that in 2014 Black Americans represented only 3% of the conventional mortgage applications lodged in the United States.

They were also more likely than any other group to be tuned down – denial rates stood at 25%, in contrast with a 10% rate for White Americans.

The survey also found that 48% of Black Americans claimed they had been negatively impacted by their interactions with banks, stock markets and fiat currencies, compared with 24% of White Americans.

And 51% of Black Americans said they trusted in technology’s capacity to solve many of the world’s problems, in contrast to 39% of White Americans.

The survey also found that 1 in 3 Black Americans would be even more interested in understanding crypto “if someone explained how it could make access to the financial system more equal.”

Interest in crypto was lowest among senior respondents, but it was nevertheless significantly higher for Black Americans.

Among respondents aged 55 and more, 21% of Black Americans said they were very interested in learning about crypto – three times more than their White Americans age demographic counterparts.