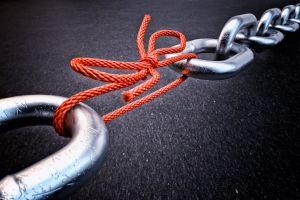 Sometimes, the history indeed repeats itself. In the Cryptoverse, it’s the short-term traders who have been driving the most recent sell-off. Again.

As reported in October 2019, crypto market analysis firm Coin Metrics found that the bitcoin (BTC) selling pressure at the time originated from short-term traders that got this coin at prices between USD 10,000 and USD 12,000.

Today, in their latest report, following the most recent market crash on March 13, Coin Metrics says that “recent price movements were likely mostly driven by shorter-term and relatively new holders,” according to on-chain data. They support this claim with four arguments.

Based on the gathered data, the analysts concluded that:

“This signals that a vast majority of the activity on March 11th and March 12th involved BTC that had been held for less than a year,” writes Coin Metrics. 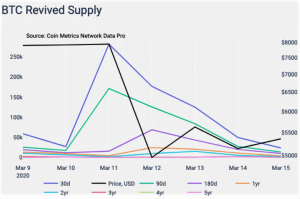 The firm adds that this finding is further confirmed by transfer value days destroyed, which multiplies transfer value by the amount of days that the coins being transferred last moved on-chain, giving a much higher weight to older coins.

“There was not a significant spike in BTC transfer value days destroyed on March 11th or March 12th,” they write. “This signals that there was not a relatively high amount of long-held coins moved prior to the recent price action.” 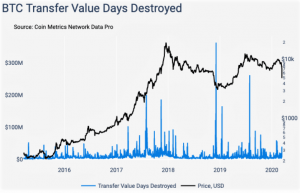 BTC SOPR (spent output profit ratio) dropped to 0.843 on March 12, which Coin Metrics says it’s the lowest value in eight years – since February 2012. Since SOPR is a network-wide indicator of profit/loss, a SOPR below 1.0 means that investors are selling at a loss, the report explains. 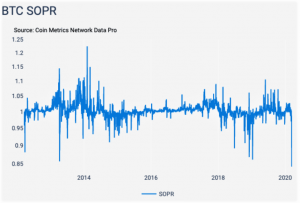 BTC MVRV (market value to realized value) dropped below 1.0 – for only the fourth time in its entire history. An MVRV below 1.0 may mean that holders have a higher market valuation than current speculators. 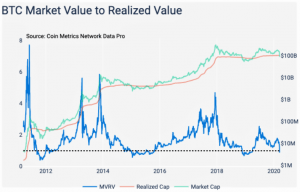 Meanwhile, the markets are still volatile and the firm can’t say what’s to come, but all is not lost. The report concludes that this initial date they found in the aftermath of the market crash is actually “somewhat reassuring,” given that “longer-term holders seem to be holding strong, at least for now.”

Additional conclusions the report reached include:

Learn more: 10 Crypto Minds Weigh in On Post-Crash Bitcoin and Its Future