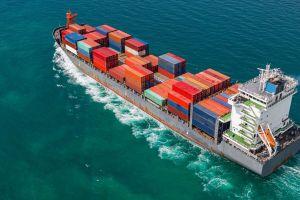 The Quingdao section of the Shandong Pilot Free Trade Zone says it saw a successful international shipment of 1,300 coronavirus-fighting face masks arrive from South Korea as part of a cross-border deal conducted on an e-commerce platform on June 3.

Per media outlet People.cn, a number of Chinese and South Korean companies took part in the process, which was supervised of city and provincial customs officials – marking a blockchain first for the country. The pilot zone operators claimed that the technology is now ready for adoption, and would enable “full traceability for cross-border e-commerce goods.”

The operators claimed that the blockchain platform they used for the shipment would help ensure the quality of imports and exports – an issue that has blighted e-commerce industries, particularly during the coronavirus pandemic.

E-commerce has boomed in China in recent years, and the Shandong Pilot Free Trade Zone, officially launched in August 2019 and covering a total 120sqkm, has been earmarked as a “digital economy” growth zone. It is made up of three sections, namely Qingdao, Jinan and Yantai.

Per state media outlet Xinhua, Beijing will formulate a list of what it terms “key blockchain enterprises” – companies that it believes should receive central government backing in order to ramp up cross-border trade and making use of blockchain solutions.

The media outlet says experts and Beijing are in agreement that current cross-border payment systems are high in cost and low in efficiency, while they also feel that blockchain technology “can significantly increase the speed of cross-border transfers.”