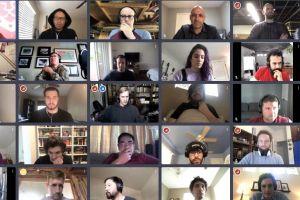 The makers of the Brave web browser have announced the launch of a “private and unlimited video calling service” based on the open source app Jitsi. It offers end-to-end encryption for one-on-one video calls and is working on making that function available for multiple-person calls as well, engadget reports.

This is a trial version, its makers say, and it’s available on Brave Nightly – the browser’s testing and development version with incomplete features, where users provide feedback towards their completion.

It’s currently available for users in North America who can access it via a widget. Also, the widget is available on the desktop version of Brave only, not for mobile at this point. All one needs to do is click the “start video call” button in the browser to create a room and then share the link with other participants, while it’s also possible to share the screen, share a YouTube video, set video quality, etc., as ghacks.net reports.

The announcement of the feature was well accepted, with people praising the effort, particularly if it’s smoothly integrated into the browser, allowing for a call to be made from a new tab. Some did question the need for this feature, especially one currently limited to desktop, saying that “video conferencing is a saturated space,” and building a separate app would be better. Others disagreed with that idea, asking why create another app when everything could be done in one private and free place.

Many are comparing Brave Together to the online chat platform Zoom, which has surged in popularity during the ongoing pandemic. They appreciate that no personal information needs to be shared on Brave.

A year ago, Brave celebrated a number of successes, while in October they reached 8 million monthly active users, 10 million in December, and 12 million in March. In February this year, Brave added a 404 detection system and automated Wayback Machine look-up process.