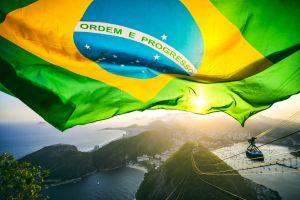 There is new hope for the Brazilian crypto exchanges whose banking activities were halted abruptly some two years ago by a collective comprising some of the nation’s top commercial banks.

Per news agency FolhaPress, the Brazilian finance watchdog, the Administrative Council for Economic Defense (known locally as the CADE) has voted in favor of a proposal to reopen its investigation into the abrupt closure of Bitcoin Max and other Brazil-based trading platforms.

The original case was brought forward in 2018 by Bitcoin Max, which says its bank accounts at both the Banco do Brasil and Banco Santander were closed without warning or a fair explanation.

Banco Inter, Banco Bradesco, Itau, and Sicredi have also been subject to the probe, after following suit.

Bitcoin Max’s complaint was taken up by the CADE, who agreed that exchanges had indeed been “impeded” and “prohibited access” to banking services, with banks claiming in their defense that they had become aware that exchange customers had been committing compliance violations.

However, the probe appeared to have ground to a halt before a CADE council member named Lenisa Rodrigues Prado last week filed a motion, publically calling on the CADE to reopen the probe.

That motion has now been “unanimously” accepted, per FolhaPress. Prado stated that there was “significant” evidence that the group of banks had acted unlawfully, violating free market regulations.

Elsewhere in South America, Diario Financiero quotes the head of the Buda crypto exchange as stating that trading volumes in Chile rose by 50% in April.

Buda also claims that 80% of its Chilean transactions are made in bitcoin (BTC), while it claims that “between 25% and 35%” of customers are using crypto for remittance-related purposes.

In Argentina, meanwhile, El Litoral reports that the Unidad de Inteligencia Financiera (literally the Financial Intelligence Unit), an agency of the Argentine Ministry of Economy, has unveiled plans to regulate the country’s crypto exchanges.

The ministry says that it recognizes that there has been a sharp increase in crypto-related activities in the country, and will respond accordingly.

As previously reported, bitcoin and altcoin trading has skyrocketed in Argentina – apparently in response to the peso’s spectacular nosedive as the nation’s financial perils deepen.