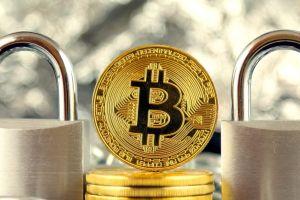 Bitcoin payment processor BTCPay Server has added support for Pay to Endpoint (P2EP), a result of a workshop organized by Blockstream, a major, Canada-based blockchain company.

Blockstream funded the development of the P2EP feature in BTCPay, saying that tens of thousands of merchants using BTCPay Server have the ability to receive P2EP transactions, giving them privacy as well. The payment processor implemented it as a part of their new version. Users can enable P2EP in the store or use BTCPay’s internal wallet to pay P2EP-enabled invoices, says BTCPay.

“A lot of time had passed with little progress on P2EP adoption as a common standard,” writes Samson Mow, Blockstream’s Chief Strategy Officer (CSO), “so we decided to jumpstart it with the BtcpayServer team.” Mow’s strategy, he writes, was to “create a pool of anchor tenants for BlockstreamGreen & other light wallet users to transact with.”

Mow goes on to explain that their goal is to establish P2EP as a common standard across wallets and Bitcoin services. He also suggested not using the name ‘Payjoin,’ and for P2EP to be presented in simple terms as a technology to protect users’ privacy. Lastly, he believes that this tech is “less politically charged,” and that Bitcoiners may come in its support as well.

Let’s make it happen! Talk to the businesses & services you use. Demand #P2EP support. 🔒

When using this tech, both the sender’s and the receiver’s wallets must be online, and it also requires a receiver hot wallet. There are, however, no ‘fingerprints’ left behind and this transaction will look like any ordinary BTC transaction, but with enabled two-way privacy.

Blockstream says it’s working on adding support for P2EP in its BTC wallet Blockstream Green, which will likely be available in the coming months, while projects such as Wasabi Wallet and BlueWallet are also possibly looking into supporting P2EP, the company says.