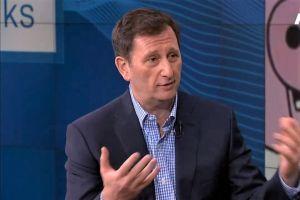 Bitcoin (BTC) may be standing between USD 20,000 and USD 30,000 by the end of this year, Alex Mashinsky, CEO of major crypto lender Celsius, predicted.

What would lead to BTC to more than doubling its current price and potentially surpassing its all-time high of USD 20,000 this year?

Mashinsky believes that most people underestimate the mining reward halving “as a catalyst,” and its effect on the Cryptoverse.

The big event, BTC’s fourth halving, is expected in May, and we’ve already had numerous discussions about its relevance, whether the event is priced in, if the halving pattern will repeat itself and when the bull might come, why this halving will be different, how it’ll affect miners, and we’ve already seen its effect on BTC mining difficulty.

2. Major geopolitical events and crises in the world of traditional finances.

It might lead to all available assets hitting all-time highs, finds the CEO, and would also lead many people to think about potential alternatives, finding BTC along the way, which in turn would result in an upward push of BTC price.

Bitcoin as a store of value and bitcoin as a safe haven are often discussed narratives, the latter of which was tested yet again, just recently, during and after the U.S. strike attack, in them, finding its “validation”.

Learn more:
How Global Macro Trends Might Affect Crypto in 2020
Bitcoin to Surpass USD 20K, But Brace for a Surprise – BitPay CCO

New people are needed in the market, as now we all just keep trading and talking to each other, says Mashinsky. The numbers will climb only if more users are onboarded, in combination with the supply being cut in half. More users would not only signify improvement for Bitcoin, but the entire industry would see the benefits. That said, getting enough people onboarded to lead to USD 20,000 – USD 30,000 is not enough for mass adoption, which itself is needed if we want to see the price go even higher. There is a number of issues to be fixed before mass adoption is possible, finds the CEO, such as providing more utility, less volatility, improving the transaction process. As innovators bring solutions to these issues, users will follow. (Learn more: Bitcoin Needs New Blood. Will it Come?)

Another point is that the companies must act in users’ best interest. “All these 3,000 ICOs [initial coin offerings], plus the hundreds of companies funded by VCs [venture capitals] that spend USD 16 or 17 billion – all of them effectively are toll collectors, so they’re all just like a bank or just like a financial institution, trying to take as much as possible from the people who give them assets, instead of acting in the best interest of the community,” thus enlarging it, said Mashinsky. The only way to have a billion people join the market, he says, is to work in their interest and give them what they can’t have elsewhere.

Meanwhile, Fundstrat Global Advisors’ research chief Tom Lee, who is known for his BTC price predictions, in a recent interview said that the current geopolitical events and the upcoming halving improve the use case, and added: “Whenever bitcoin breaks back into its 200-day, its average six-month gain is 197%.”