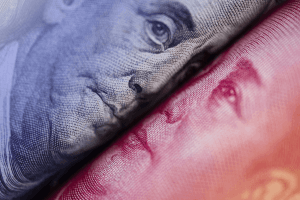 The coronavirus pandemic has disrupted China’s economy, but not its digital currency plans. And amid reports that the country is nearing a major breakthrough in its plans to launch a digital fiat, one of the project’s key figures is urging caution lest American rivals steal a march on the Middle Kingdom.

In a research paper published by media outlet STCN, the central People’s Bank of China (PBoC) Financial Research Institute’s principal researcher Zou Pingzuo warned that the Chinese economic plans could face a number of hurdles – including possible complications from overseas.

“If the United States Federal Reserve were to decide to work with Facebook and co-launch a digital currency pegged to the dollar that could also facilitate cross-border transactions […] this type of financial intrusion could be fatal.”

He went on to postulate that a digital dollar – or a successful Facebook Libra launch that somehow replaced the dollar – would see American currencies “rule the world for another 100 years.”

China should be prepared to fend off such risks, he added. 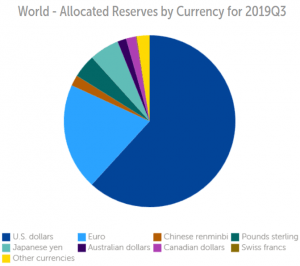 Zou opined that a digital currency must be “human value-oriented” if it were to be successful, and noted that simply launching a digital fiat would not necessarily put an end to the use of cash, as a token could only hope to “partially replace” conventional fiat.

Elsewhere, the central bank is reportedly close to completing its development work on the forthcoming digital fiat, which it has named the Digital Currency Electronic Payment (DCEP) system.

Unnamed sources told Chinese state-run news outlet Global Times that the tech work on the project is now complete, and that the bank is now in the process of drafting legislation and working with financial regulators in preparation for an official launch.

The same media outlet quotes Cao Yan, the managing director of the Digital Renaissance Foundation, as stating that global stock markets have been extremely volatile during the coronavirus pandemic. He opined that China should respond by accelerating its digital fiat launch.

A digital currency would be a more efficient tool for executing monetary policy than conventional currencies, he added.

Central banks around the world are racing to roll out digital currencies. China hopes to emerge victorious.

The private sector is also hoping to play a part. Companies like mobile payment giant and Alibaba affiliate Alipay have been offering support for the government’s grand plan. The company has announced that it has registered five DCEP-related patents in the past three months.

Early this month, experts at China’s National Development and Reform Commission suggested that the central bank may ramp up its DCEP efforts after the outbreak subsides, as it may become the focus of a giant stimulus package to offset the economic downturn.

Rolling out the DCEP network as part of a “special fund” would allow the government to “retain full control of its flow and distribution,” the experts stated.