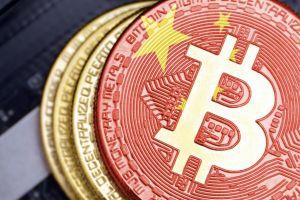 Chinese Bitcoin (BTC) miners’ share in Bitcoin’s hashrate, or the computational power of the network, shrunk this year when hashrate jumped by 25%, while the US returned to second place, according to the Bitcoin Mining Map created by the Cambridge Centre for Alternative Finance (CCFAF).

The map shows the approximate geographic distribution of global Bitcoin hashrate, explain the authors, with the average hashrate share by country displayed in monthly intervals starting from September 2019. The data is provided by mining pools BTC.com, Poolin, and ViaBTC. The CCFAF is a part of Cambridge Judge Business School, University of Cambridge.

The charts show that, China still had by far the largest average monthly share of total hashrate in the first four months of this year – a whopping 69%. Xinjiang provice leads in the country, taking 36% of this number. This total number, however, is almost 5 percentage points lower than the previous four months (September-December 2019), which marked 74%. Only in April, it stood at 65% and was around 8 percentage points lower than in January this year.

Meanwhile, in March, after a three months break, the US-based miners returned to second place with 7% of total hasrate, pushing miners in Russia a step lower. 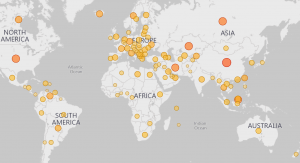 The global chart shows that Europe leads among the continents with a number of countries taking part in this distribution. But the sheer number of countries matters little. Among these, in the first four months of 2020, Norway had the largest average monthly share of hashrate with 0.82%. Germany had 0.44%, Ukraine 0.20%, France 0.18%, Netherlands 0.15%, the UK 0.10%, etc., with most of the countries showing as little as 0.01%. Altogether, they obviously had far less than China’s 69.3% average monthly share of total hashrate for the same period.

Meanwhile, mining became more difficult as more miners turned their machines on in the end of April in order to use their last chance to earn BTC 12.5 per block before the halving in a several days. As reported, BTC miners responsible for up to 30% of the network’s hashrate are the most vulnerable and might be forced to turn the majority of their machines off after the halving. 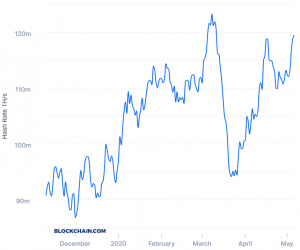 Binance CEO On Outsmarting Users From US, BoE On Protecting Banks + More News
Broker Confirms that Bithumb is up for Sale, Big Players ‘Interested’
Bitcoin and Altcoins Dip Remains Attractive To Buyers
Bitcoin Drops Below USD 15K as Joe Biden Announced US President-Elect
Colombian Watchdog Says Companies Can Convert Capital to Bitcoin
This Major Airline Bets on Crypto Payments as Means to Increase Profit
Bitcoin a Step Closer to Taproot, the Biggest Upgrade Since SegWit
Hack this Bitcoin Wallet and its Owner Will Give You USD 250,000
0 replies