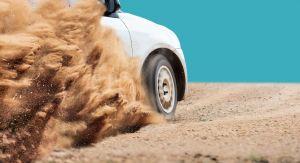 Seven days after the launch of bitcoin options contracts on the Chicago Mercantile Exchange (CME), the latest trading volume figures still indicate that CME completely dominates over its competitor Bakkt.

According to trading data from CME, 122 bitcoin options contracts changed hands last Friday (January 17), when bitcoin (BTC) rallied. That marks more than a doubling from the 55 options contracts that were traded on the first day of trading on January 13.

Each options contract at the CME represents a right, but not an obligation, to buy one bitcoin futures contract, which in turn represents 5 bitcoins. The latest volume figures from the CME show that contracts worth 610 BTC, or approximately USD 5.3 million, were traded on this market on Friday alone. In comparison, Bakkt reached a volume of USD 178,000 on the same day.

CME’s domination in the institutional segment of bitcoin options market was also highlighted in the latest report from crypto research firm Arcane Research, which noted that “it seems that the institutional investors are preferring CME for now.” 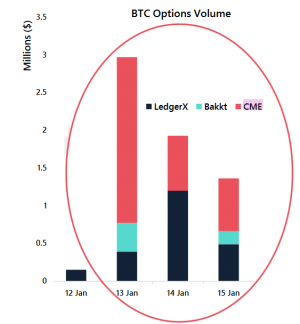 However, according to data from crypto analytics provider Skew, retail-focused exchanges such as Deribit and OKEx are still far ahead of their more institutionally-focused counterparts CME and Bakkt, with Deribit accounting for a large majority of the reported trading volume. 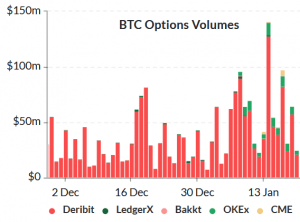 Also, according to data from Skew, the total open interest in the bitcoin options market, meaning the number of options contracts that are traded either long or short, has risen sharply since the end of 2019. Once again, however, Deribit is accounting for a large majority of the open interest. 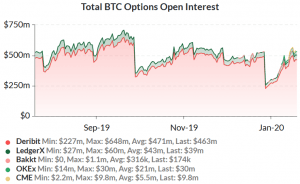 Judging from the open interest figures, however, it should also be noted that the current level is still below levels from September to December last year. Consequently, there is a reason to ask whether the most recent rise is mostly a natural uptick from the slow activity that would be expected around the December holiday season.

Bitcoin Signal That Preceded 288% Rally About to Flash, and It’s Huge for... Crypto Market Sentiment Climbs Higher; Bitcoin Gets Company
Scroll to top