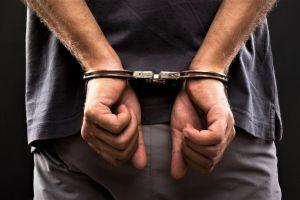 Crypto thieves just got another proof that they’re not immune from being caught, as the Japanese police have arrested two men suspected of stealing about JPY 78 million (USD 700,000) in bitcoin (BTC) from an account on CoinExchange, a now-defunct cryptocurrency exchange, in October 2018.

The Tokyo police’s cybercrime unit has arrested two Japanese citizens, aged 25 and 28, on computer fraud charges, The Japan Times reports. The two men allegedly accessed the account of Vipstar, a Japanese crypto management business which says it is developing its own coin, Vipstarcoin (VIPS). The Metropolitan Police Department launched an investigation into the theft after the firm reported the crypto being stolen. The bitcoins were part of Vipstar’s own funds, and not of the firm’s customers.

The stolen cryptocurrency was redirected from the company’s account to two different accounts on foreign and domestic exchanges. At that time, the 25-year-old suspect was employed by the Tokyo-based company, serving as its chief technology officer, and he shared the login details with the 28-year-old man who used them to illegally access the firm’s bitcoins. The two allegedly met on an online bulletin board several years ago, and claim they have never met in person.

A part of the stolen crypto was allegedly exchanged for cash which was deposited in one of the suspects’ accounts. The man withdrew about JPY 6 million from his account and spend it on travel and pay his debts, as reported by local daily Mainichi Shimbun.

“I didn’t like the president’s management policy at that time, so I thought I would crush the company,” Vipstar’s former chief technology officer admitted to law enforcement officers.

Both suspects reportedly plead guilty to the charges.