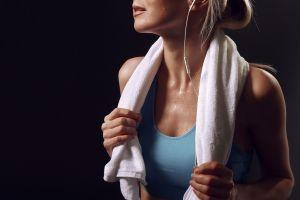 Several crypto M&A deals have been delayed due to the COVID-19 pandemic and the general economic uncertainty, Torbjørn Bull Jenssen, the CEO of Arcane Research, told Cryptonews.com. Also, crypto startups will need to put more effort in order to secure fresh capital, he added.

The CEO of the crypto research firm is unable to name parties involved in delayed deals due to confidentiality. However, he also stressed “that there are deals going through, so the picture is not all negative.” Also, after the initial financial shock of a coronavirus recession, he expects to see “investment interest coming back in, after a short time out.”

But because of the likelihood of a downturn, Jenssen added that crypto startups “will need to work harder for their funding.” But this will be good for crypto, because it will result in “a new hardening of the industry.”

In particular, Jenssen expects more emphasis to be placed on having working products with actual customers.

“One key takeaway from our experience is the increasing importance of the first paying customer,” he said.

“While some investors invest in visions, plans, and the idea of ‘explosive growth now, monetization later,’ many want to see a paying customer as a live proof of concept.”

Jenssen’s comments are backed up by Global Crypto M&A and Fundraising Report released in April by global consultancy powerhouse PwC. In particular, it found that fundraising was already trending towards later-stage crypto companies in 2019, in comparison to 2018.

Likewise, in its prediction for 2020 fundraising trends, PwC expects that, because of the coronavirus, “the number and value of fundraising and M&A deals may be impacted as a consequence in 2020.”

Big fish and the Bitcoin halving

PwC also expects to see “further consolidation in the industry with some of the larger well funded or profitable firms buying some of the smaller players in the market.” In other words, there will be fewer new crypto startups receiving their own funding as independent firms, and more later-stage startups being bought up by bigger names. 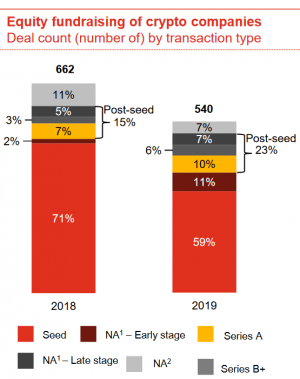 Meanwhile, the Bitcoin halving might reduce investments in the BTC mining industry.

“But for other industry participants, the Bitcoin halving is viewed as a positive event with the potential to drive long term appreciation for BTC. This makes both direct investments in Bitcoin and general investments in the industry more attractive,” Jenssen said.

Also, according to BitMex Research, even if the halving impacts on Bitcoin’s price, it’s unlikely to have a discernible effect on investments and deals in the wider crypto-blockchain industry.

Asked if they’re aware of any particular deals or investments being affected by the current situation in the markets and/or the BTC mining reward halving event, its spokesperson replied, “No, we are not. If anything, some miners are perhaps too complacent about the halving.”

There’s a $8 Million Bitcoin Sell Wall That Will Haunt Any Near-Term Uptr... This Volume Trend Suggests Bitcoin is About to See Massive Volatility
Scroll to top