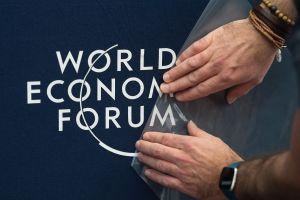 Once again the Swiss mountain resort welcomes one of the most diverse gatherings of people from across the world and across industries – both the elite and the fringe – coming together for the annual World Economic Forum (WEF).

Scheduled for January 21st through 24th, the forum’s celebrating its 50th rendition this year, and it’ll see a number of major world figures, both established and newcomers, such as the executive director of UNAIDS Winnie Byanyima, president of the European Central Bank (ECB) Christine Lagarde, president of the European Commission Ursula von der Leyen, climate activist Greta Thunberg, International Monetary Fund (IMF) Managing Director Kristalina Georgieva, U.S. President Donald Trump, and many more of the people who run the world. Each year has a different theme, and for 2020, it’s sustainable development or “Stakeholders for a Cohesive and Sustainable World”.

That said, blockchain and crypto have been infiltrating the event at a rapid pace, though it’s questionable if the event considers it mainstream enough to include more of the industry specialists in the “main stage” discussions. Let’s take a look at what crypto and blockchain fans can look forward to from Davos this year.

For everything blockchain-related, this is your place. The Global Blockchain Business Council (GBBC) is again organizing the four-day Blockchain Central Davos event. This is a side event, so to say, and one that has been growing for several years now. With the rise of the industry itself, it is becoming increasingly difficult for the elites to ignore events such as this one.

This Crypto Davos event offers fourteen sessions to its attendees, plus a private invitation-only event, with thirty-two speakers announced. Among the many partners and sponsors, we find Fidelity Digital Assets, Mircosoft, IBM, Bitfury, Accenture, Odissey, Orbs, Steptoe, Tangem, and more. No live stream links are available as of yet.

Besides the general networking, meetings, and mingling, four discussions are planned for this day (CET time):

There are eight events planned for this day:

Five events await the participants and the audience on this day:

Davos Roundtables – Cybersecurity Tech Accord and The transHuman Code

Can't Beat Crypto Regulators? Educate Them
Get Ready For Crypto Banking, DeFi & CBDC Surprises - Venture Capitalist
Bitcoin Is More ‘Public’ Money than Central Bank-Issued Fiat Currencies
Payment-Centric Projects Bring Blockchain to People – Blockdaemon CEO
What Are Leveraged Tokens And Should You Trade Them?
DeFi Unlocked: How to Earn Crypto Investment Income on Uniswap
DeFi On Bitcoin To Grow In The Shadow Of Ethereum
Attempts to Increase Bitcoin's Supply Would End Up With Another "Bitcoin"
0 replies