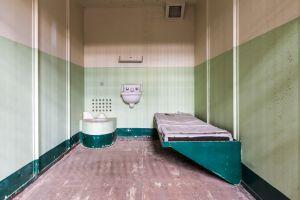 An appeals court in South Korea has upheld a guilty verdict for the CEO of crypto exchange CoinNest. He and two executives were handed a suspended jail sentence.

The exchange, once the country’s third-largest, shut down last year after its Kim Ik-hwan and two senior executives identified only by their surnames, Hong and Cho, were found guilty of fraud and embezzlement.

A criminal court had previously jailed Kim and hit him with a USD 2.5 million fine.

The appeals court agreed with the original verdict and ruled that Kim and Cho had misappropriated “billions” of Korean won in transactions whereby they diverted customer funds into employee accounts.

Per E Today, the appeals court upheld the guilty verdict on CEO, who was charged with breach of trust and fraud under the country’s Specific Economic Crimes Act.

Kim was given a three-year prison sentence, which has been suspended for four years. He was also ordered to do 280 hours of community service.

Hong was also given a suspended prison sentence of two and a half years, as well as 200 hours of community service.

Cho was given a two-year jail term, also suspended, as well as 100 hours of community service.

The appeals court ruled that Kim, Hong and Cho had made the transactions in order to manipulate market prices – and claimed that they had made “substantial gains” from their transactions, and had “undermined the public’s trust” in crypto exchanges.