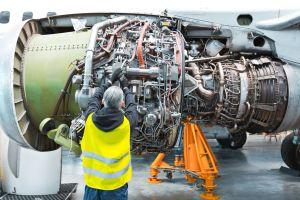 Multiple crypto exchanges around the world struggled to deal with the unexpected crash that has seen bitcoin (BTC) crash to as low as USD 4,000 before rebounding to more than USD 5,500 – leading some to take “emergency measures.”

A number of major exchanges suffered with technical issues as some coins lost around half of their market value. The Gemini and BitMEX platforms both went offline for around 45 minutes in the early hours of the morning (UTC time).

In a statement, BitMEX said it had experienced a “hardware issue” with a cloud service provider, but claimed it had resumed “normal service” at 03:00 UTC.

Gemini, meanwhile, stated that it had also undergone “emergency maintenance” and was now fully operational after going offline for a similar period.

Large-scale liquidations are thought to have been at the root of many exchange-related issues. (However, one BitMEX competitor have an “insane theory“).

“Sends delayed for ETH and ERC-20 tokens due to network congestion.”

Asian exchanges also experienced difficulties. South Korea’s Bithumb experienced several hours of delays, also on ethereum transactions and ERC-20 tokens, but earlier today tweeted that all of its systems were “back to normal status.”

Thanks for your patience! All systems back to normal status. https://t.co/9o4nbIySCe

Singapore-based Huobi made a similar statement, blaming “a rapid fall in BTC prices” for an unexpected increase in “congestive” traffic, per O Daily.

And it appears that many exchanges are already rolling out solutions to shore up against further volatility risks or combat existing congestion problems.

Binance tweeted that it was doubling its fees on ETH withdrawals, also claiming that “congestion” had forced its hand.

To better facilitate ERC20 and ETH withdrawals during this period of high congestion on the $ETH network, we are ma… https://t.co/amdE4GMYyq

In a blog post, Coinbase product manager Eli Haims stated that the exchange was launching Bitcoin transaction batching, which he called “a new feature that significantly reduces the load that Coinbase puts on the Bitcoin blockchain.”

“We anticipate that this will reduce our load on the Bitcoin network by more than 50%.”

And media outlet The Block reports that dYdX founder Antonio Juliano told exchange traders, via an official Telegram channel announcement, that “only trades equal to or larger than ETH 10 will be placed on the exchange.”

“We are doing this as an emergency measure to combat high gas costs, and don’t expect it to last for very long.”

❗️Due to extreme volatility, we’ve seen a significant impact on our BTC insurance fund. In order to prevent sociali… https://t.co/HD4GLRBAxo

Regardless, many traders and industry insiders have expressed their displeasure with the exchange industry’s apparent unpreparedness.

Should stablecoins like USDC, USDT be better run on a sidechain of ethereum?