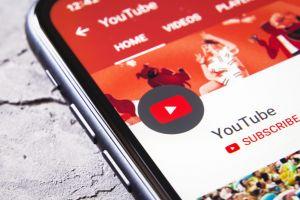 After YouTube‘s attack on crypto-related videos that lasted for several days, forcing quite a few creators into hiding for self-preservation, now the Google-owned giant says it wasn’t intentional, followed by the YouTubers’ return from exile.

YouTube has finally provided a response to the situation and to individual channels, following days of silence and speculations about the reason behind platform’s striking the videos as harmful and dangerous.

Hey there, this was an error on our side during the review process – your video should be reinstated and strikes resolved. Let us know if you’re seeing otherwise!

YouTube has been replying to tweets with a similar response, though some people still haven’t seen the strikes removed and videos reinstated, which the platform said will look into.

Many creators who had previously made their video private or had deleted them, are now back. Chris Dunn tweeted that the new strike was gone and some videos were back, but dozens were still missing, and Boxmining said he’s back in business as well. Ivan on Tech’s videos are public, and Nicholas Merten who runs DataDash posted a new video on his channel on December 26, saying “I’m back!” Many more shared their good news too: Alex Saunders said that the 250 removed videos and strikes have been revoked and Nugget’s News is back, and Omar Bham, aka Crypt0, saw his warning removed and video returned as well.
‏
And though the situation seems to be in the process of resolution, suspicions remain. There are commenters who don’t think this was a mistake, or at least not entirely. They find that crypto was on some sort of a naughty list anyways and/or that YouTube accidentally started their plan to remove this type of content early. But if that’s the case, Redditor ‘Barfings’ said, they’re doing it all wrong, as more people will learn about it through a messy situations such as this and would look into what crypto is.

The others still urge for a migration to a decentralized platform as they expect the situation to repeat, but arguments to counter that idea are shared as well. “People throw around the word “decentralized” so cavalierly,” tweeted CryptoGainz. “A “decentralized youtube” is good for uploading a video of a dissenting protest that youtube takes down because of political pressure. It’s not good for watching casual videos,” and added: “Decentralization impedes performance.”

For the rest, the happiness for Crypto YouTube’s return was more of the sarcastic kind.

Thank God Crypto Youtube is back up and running.