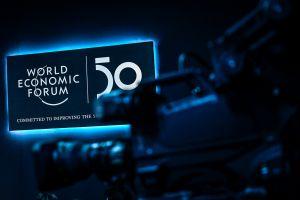 European Commission executives have conceded that there is a pressing need for digital alternatives to conventional currency – but continue to condemn cryptocurrencies as “highly speculative.”

In a panel session entitled “Creating a Credible and Trusted Digital Currency,” held at the World Economic Forum in Davos on Thursday, Valdis Dombrovskis, Executive Vice-President at the European Commission, stated that governments must “issue warnings to investors on the highly speculative nature” of cryptocurrencies.

However, Dombrovskis conceded that Brussels also recognizes there are now financial “needs that are unaddressed, including fast, convenient and cheap cross-border payments.”

Nonetheless, central banks around the world are increasingly showing interest – an indication that they fear being left out of the emerging crypto sector.

“It’s clear that if the European banking system […] does not address this demand, someone else will.”

“We should ask ourselves what the real use cases are, and where we could add value.”

Benoît Coeuré, Head of the Innovation Hub at the Bank for International Settlements (BIS), said there had been a “noticeable” rise in interest in central bank digital currency (CBDC) projects from financial authorities around the world.

Coeuré cited data from a report commissioned by the BIS that found that 80% of central banks said they were conducting CBDC-related research last year, a 10% rise from 2018

“There is a strong focus on retail CBDC. When we ask different banks why they are doing it, the answers are different. Emerging market colleagues say it’s about financial inclusion, and it’s about reducing the use of cash, while advanced colleagues in advanced economies tell us it’s more about making sure we keep a link between citizens and the central bank as the use of cash dwindles.”

David Marcus, the head of Facebook’s blockchain operations, said that the “big question” was whether banks focused on retail CBDC distribution were sufficiently “equipped and prepared to serve consumers and small businesses.”

“In Europe, we are concentrating on developing a pan-European instant payments system. And that’s where initiatives such as Libra come in, because they seem to be offering the same solution on an international scale.”

Shanmugaratnam admitted that a hybrid financial system where public regulation played a behind-the-scenes role was a possibility.

In a scenario like this, he stated, individual citizens “won’t see the public [bodies] running the system” – due to the fact that non-state payments actors will likely play such a dominant role.

Meanwhile, today, the World Economic Forum announced the Global Consortium for Digital Currency Governance, which aims to bring together leading companies, financial institutions, government representatives, technical experts, academics, international organizations, NGOs and members of the Forum’s communities on a global level. This consortium will focus on solutions for a fragmented regulatory system.

“Governance is the core pillar of any form of digital currency,” said Mark Carney, Governor of the Bank of England. “It is critical that any framework on digital currencies ensures security, efficiency and legitimacy of payments while ensuring fair and open competition.”
__
Watch the whole discussion below:

Germany Increases Costs For Some Crypto Firms by USD 250,000 Critical Resistance: Bitcoin’s Response to This Level Could Determine Its...
Scroll to top