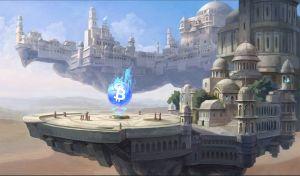 Below is an article by Gigi, a well-known Bitcoiner, developer, and independent writer.
_______

The madness of this world became obvious in an instant. Everything is changing way faster than most of us ever imagined — but I’m not worried. To the contrary, I’m weirdly optimistic — because of Bitcoin, and because of you.

I don’t care if you identify as a bitcoiner, or as a maximalist, or as a pre-/shit-/multi-/whatever-coiner. I don’t care if you fell down the rabbit hole years ago or if you just got the first glimpse of the honey badger den. I don’t care about your political beliefs, sexual orientation, gender, religion, age, and countless other qualifiers that might be used to put you in a box. The fact that you are here, reading this, thinking about Bitcoin, caring about Bitcoin, is enough for me. That’s why I’m bullish. Bullish on Bitcoin, and bullish on bitcoiners.

Bitcoin’s implications are so far-reaching, the innovation so profound, it boggles the mind. The inter-disciplinary nature of this beast attracts minds from countless areas of expertise: computer science, cryptography, mathematics, physics, economics, finance, trading, engineering, the list goes on and on. Bright minds, extraordinary characters, strong opinions, contrarians, idealists trying to change the world — all those and more make up the loose collective we might call bitcoiners.

Don’t get me wrong: Bitcoin doesn’t need you; it doesn’t need any of us. It’s incentive systems have a way to make sure that Bitcoin will be fine, even if the set of people working on it and using it changes completely. It will be fine, just as it is now as the whole world grinds to a halt.

The current crisis — and the financial repercussions that will inevitably follow — will make it obvious that we need Bitcoin more than Bitcoin needs us. Again, don’t get me wrong: we must not be complacent. We must continue to care, continue to build, continue to educate, continue to proselytize, continue to argue, continue to debate. We find ourselves at the forefront of a battle of ideas, and in this battle, complacency kills.

“Ask not what bitcoin can do for you, but what you can do for bitcoin.”
– Adam Back

If you can contribute by coding, writing, educating, discussing, recording, creating, or simply hodling — great. But make no mistake: Bitcoin is bigger than all of us. And, dare I say it, the current failure of the legacy system is bigger than Bitcoin.

Yes, Bitcoin has the potential to fix many of the underlying issues of our corruptible and broken systems. But we will need a plethora of freedom-enabling technologies to win this war; tools that empower the individual by default, by offering strong privacy guarantees, encryption, and the freedom to use these tools without restrictions.

As this global pandemic sweeps through the globe, with hundreds of thousands infected, tens of thousands dead, and millions of people out of a job, priorities shift from trivial to existential. While difficult, it is more important than ever to stay humble and shill lightly. It is all too easy to alienate friends and family by offering an enthusiastic Bitcoin lecture every time you sit at the dinner table. While enthusiasm is laudable, I strongly believe that Bitcoin will be understood by everyone as soon as they are ready — be it out of necessity or out of curiosity. Yes, the timeline just got accelerated. But this is still a marathon, not a sprint. And it might be one of many marathons.

“One of the facts of history is that battles do not stay won. Those that matter have to be waged again and again.”
– Stanley Knowles

The powers that be will neither step away willingly nor silently. And since the battle for self-sovereignty and freedom is one that matters, it will have to be waged again and again.

Protecting an idea whose time has come

Bad actors will continually try to undermine Bitcoin, as they have tried in the past. Unfortunately, we have good reason to believe that this will continue. And, unfortunately, we see the trend of undermining and maiming technology everywhere we look. If we look at the internet, for example, we see various interest groups waging war against net neutrality, politicians introducing nation-wide firewalls, websites geo-blocking content, people getting arbitrarily deplatformed, demonetized, or banned.

They say that nothing is as powerful as an idea whose time has come. I believe that Bitcoin’s time has come, and in hindsight, it will be obvious to everyone. Before it becomes obvious, however, swathes of people will try to distort what Bitcoin is and the ideas it represents.

While Bitcoin’s form is quite concrete since its inception, it is an abstract, intangible form, making it exceptionally hard to grasp. It will take some time until Bitcoin is as ubiquitous as the internet is now. This time — this window of confusion — will be used and abused by lawmakers and charlatans alike. However, it is also a window of opportunity. An opportunity to sharpen our tools, to prepare for the flood, to ship the future faster than they can ban it.

They are always wrong

Undoubtedly, there are plenty of people who don’t want Bitcoin to succeed. They will do everything in their power to prolong the inevitable. They are wed to the current system, gaining from its inherent imbalance. Some are close to the monetary spigot, or willfully ignorant, or enemies of freedom in general. Others are outright evil, aiming to become the foot that stomps on your face, forever.

“They told us not to wish in the first place, not to aspire, not to try; to be quiet, to play nice, to shoot low and aspire not at all. They are always wrong. Follow your dreams. Make your wishes. Create the future. And above all, believe in yourself.”
– Joseph Michael Straczynski

Speak up. Be outraged. Use alternatives. Build alternatives. Don’t settle for the status quo — we can do better. Bitcoin is what we make of it, and I can’t imagine a better set of people to realize the full potential of this grand idea.

“There is nothing better to be on a shared mission with extraordinary people who can be radically truthful, and radically transparent with each other.”
– Ray Dalio

Stay vigilant. Stay radical. Stay true to yourself. As the world is grinding to a halt, and the fall of Rome becomes more likely than ever, strong characters, sound principles, and truthful conduct are imperative.

The stage is set, the drama is unfolding, and as the crescendo comes we must not give in to tyranny. The path will be twisted and bumpy, and I’m honored to walk it to the end, with you on my side. We got this.
_____

This article has been republished with permission from the author. Read the original article here.
___