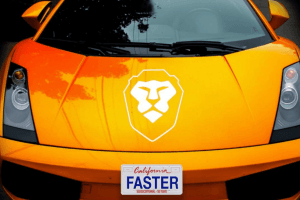 Is there anything more annoying than a “404 page not found” message? In a bid to make the web more reliable, blockchain-based decentralized browser Brave has added a tool that it says could make messages like this a thing of the past.

The latest version of its desktop browser, says the company, has been fitted with a 404 detection system automated Wayback Machine look-up process – so users can stop 404s in their tracks.

Brave, which allows its users to earn BAT tokens as they browse, stated in a blog post,

“The web is fragile. Just as nations rise and fall, so do the websites of your favorite news organizations, brands, companies, governments, etc. Web pages are edited and pages are taken down.”

The browser’s Brave Rewards program allows users to earn tokens as a reward for viewing ads, allowing them to set the number of ads they want to see per hour.

The company says that its tokens can currently be spent on supporting some 300,000 selected web creators. Brave also says that it is now working on solutions that will let BAT users pay for premium content, gift cards and more.

In December last year, the browser announced that it had surpassed the threshold of 10 million monthly active users, doubling its year-on-year rise in user rates.

Evidence would suggest that webpages have a longer lifespan than they once did. Per the Library of Congress-hosted The Signal in 2011, estimates have changed. In 1997, Scientific American stated that their lifespan was around 44 days, rising to 75 days in 2001, per an academic study by the IEEE Computer Society. By 2003, an article in the Washington Post was suggesting 100 days.

The Signal article’s author stated that the available data indicated that although the average webpage lifespan has increased over the years, most webpages are still expected to last for only a couple of months at most.