Another adventurous crypto week. Did you have fun? BTC once again saw heavy selling on Monday, after the news that the Fed was taking emergency measures to mitigate the financial devastation, Coin Metrics found that it’s the short-term traders again who have been driving the most recent sell-off, and interest in Bitcoin futures dropped amid discussions of financial market closure. But then, Bitcoin rallied on Thursday, while Chainalysis says that BTC oversupply issue is solved and the price gained some stability; also, a relief is coming to miners too as mining difculty is set to drop. Bitfinex onboarded a USD 280 million crypto hedge fund Fulgur Alpha, and BitMEX explained the recent DDoS attacks to the doubting customers and refunds BTC 40. Meanwhile, Steem is moving to Hive network.

We’ve got more: Hdac launched the first dapp on its blockchain network, Toyota and BUIDL completed testing a new personal ID and vehicle ID platform, Westworld developed a blockchain angle for its new season, American users of Opera are now able to use their debit cards or Apple Pay to buy BTC and ETH, and the Chinese province of Yunnan opened a new blockchain center. While Nouriel Roubini proposed a tokenization-sounding solution to the pandemic-caused financial crisis involving commodifying toilet paper, Mike Novogratz said that BTC will need to rebuild confidence post-crash. We also looked into whether South Korea is teaching kids about crypto via the Yeep platform, co-developed by the Ministry of Education, and if the Russian central bank could try to ban BTC mining. Meanwhile, 18 more EthCC attendees tested positive for coronavirus, but Vitalik Buterin confirmed he had no symptoms.

And now, time for some laughs and giggles and chuckles and chortles…you get it.
__________

As is not a tradition, let’s first see what crypto twitter is up to before we do anything else.

“The world economy is collapsing, an epidemic is slowly killing us and we nearly experienced a war”

I bet retail will fomo buy this dip pic.twitter.com/QtXDbXUU0w

Millennials’ present is no walk in the park, but the future is apparently quite green.

Headline in 5 years: “See how this Millennial turned their $1,000 stimulus check into $19.5M by doing this one thing.”

Wait, let me check that with the past.

Mistakes were made that year from r/Bitcoin

This throwback bitcoin is more tragic for some than the others.

Can we have more?

all of us from r/Bitcoin

How it feels to visit coinmarketcap once a day: pic.twitter.com/18kXdZShZk

You can’t be immune to this.

GUYS I WAS WRONG THE BANK RUN IS REAL. WTF I CANT GET ANY OF MY CASH OUT, LITERALLY SHAKING RIGHT NOW https://t.co/44pjhXyGPc

I wonder how he’s handling it now that BTC is at USD 5K. The man must be in hell. 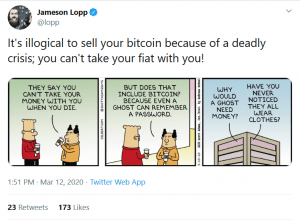 Runs on Ripple from r/CryptoCurrency

However! Just in case you run out of RippleSoft.

Running out of toilet paper? Try your local ATM.

One’s got to wonder if there even is such a thing as a bottom. Or is it like the Tooth Fairy, and Santa Clause, and Lambo… 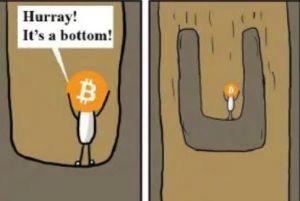 Silicon Valley and crypto may be wrong about COVID-19. Maybe it’ll pass and cause limited healthcare & economic disruption

If so, SV and Crypto people will look very dumb.

But joke’s on everyone else, because SV & Crypto people are used to looking dumb. We do it for a living.

She’s confirmed that the Krugman room doesn’t have a fax machine yet.

at @CoinSharesCo, we like to name conference rooms after all the #bitcoin haters

especially proud of the board room pic.twitter.com/7WVe4gXFjn

Everybody’s a little bit of the second picture these days. Let that comfort you. 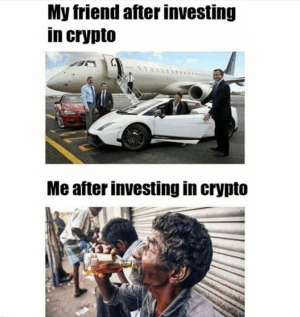 Look, I’d ask Coinbase this very serious question, but they don’t ever reply to my emails (# itspersonal).

My friend just called to ask how to buy Coinbase on Robinhood pic.twitter.com/cFxcWiQISc 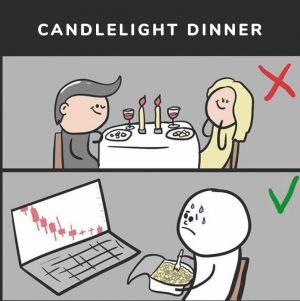 Yield Farming-boosted DeFi Set For New Fields With Old Challenges in 2021
Why the Bitcoin vs. Ethereum ‘Rivalry’ Benefits Both Tokens
Tezos, ConsenSys, Blockstack, and Others Share Their COVID-19 Stories
10 Japanese Blockchain Startups to Watch in 2020
Bomb Demons, Force Shows, NFT Everything and 20 Crypto Jokes
Soaring, Plunging, Being Indecisive, and 20 Crypto Jokes
Money Laundering Might Taint NFTs Too, Prepare For Tighter Controls
Bitcoin & Crypto Taxes In US: When to Sell and When to Hodl
0 replies