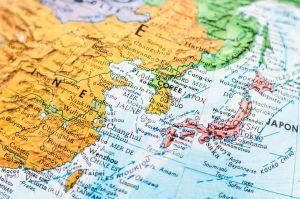 Policymakers in China have suggested creating a joint Japan-China-South Korea-Hong Kong digital currency that would function in a manner not unlike Facebook’s original plan for the Libra project.

Per Seoul Daily, 10 members of the National People’s Congress – the biggest and most powerful policy-making organ in China, have suggested creating a token that would be pegged to a basket of four currencies, namely the Chinese yuan, the Japanese yen, the South Korean won and the Hong Kong dollar. The token would help the nations do away with dollar-based cash deals, something Beijing is believed to extremely keen on.

The proposal’s chief architect appears to be Neil Shen, founder of Sequoia Capital and travel agency Ctrip. Henry Tang Ying-yen, the Chief Secretary of Hong Kong between 2007 and 2011 and the Financial Secretary from 2003 to 2007, was named as another major proponent.

The same news outlet claims that Japanese sources believe that the policymakers suggested that each country stump up a portion of the “basket” in their own currency, with Mainland China asked to cough up 60% of the total basket holdings in RMB. Japan would be asked to stump up around 20% in yen.

Political tensions in the region could prove to be a massive hurdle to any such venture, with trade suffering between all four parties in recent years, due mainly to geopolitical and localized disputes.

However, trade officials have been keen for the nations to put their differences aside for the sake of business – particularly in the wake of the coronavirus pandemic, which has already hit the economies of East Asia hard.

Seoul Daily quotes a Nikkei report that states China was spurred into action by the Libra white paper, initially seeing it as a de facto digital dollar. This has led Beijing to step up its own digital yuan project – now in pilot testing – and could well see it at least consider the idea of creating an East Asian trading token.