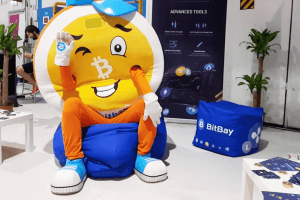 In the past fortnight, the platform’s volume of the BTC-Polish złoty (PLN) pair hit a peak of BTC 11,233 (USD 75 million) in 24 hours on March 13, a new record level for BitBay. Bitcoin-euro volumes also hit record levels of BTC 223 on March 18.

And the platform says that its record-breaking performance was also made possible by the company’s rapid shift to remote working solutions as the coronavirus continues to disrupt businesses across the nation.

“We have observed a significantly higher number of user registrations in recent days,” Sylwester Suszek, CEO of BitBay, told Cryptonews.com, declining to specify.

On March 25, BitBay’s 24-hour volume was around USD 40 million, per Coinpaprika data.

The exchange was established in Poland, which was its first market before expanding to the wider Central and Eastern European area. BitBay moved its headquarters to Malta in 2018.

Suszek says that BitBay has been able to accommodate increased interest from traders owing to its organizational elasticity, and says that it made a quick switch to remote work in a bid to protect the health of its staff.

“Since the first coronavirus infections began, we foresaw the possibility that quarantine measures could be introduced.”

As news of the pandemic’s spread broke, BitBay says it shifted its team into remote work mode: “We have introduced a number of improvements to our internal processes, and we also carried out additional training for our employees to reach higher [operational] elasticity.”

Also, on March 17, BitBay donated around USD 23,535 to the Provincial Specialist Hospital Megrez in Tychy, Southern Poland – a medical facility that specializes in treating infectious diseases. The hospital will use the funds to finance the purchases of medical equipment and sanitary supplies.

“The money from this initiative will be used to buy medical equipment that is necessary to treat those who are infected with the coronavirus, and also to buy sanitary supplies for doctors and medical personnel,” he said.

The initiative has so far raised around USD 15,149.