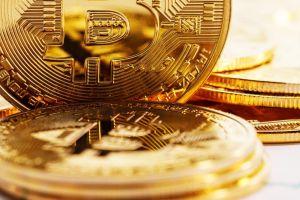 The former vice president of People’s Bank of China (PBoC) has spoken out about Bitcoin (BTC), calling it the most successful commercial application of blockchain technology yet – but claiming it also has crucial weaknesses.

Per Sina, Wu Xiaoling, who served as the vice president of the PBoC between 2000 and 2008 and is now the dean of PBC School of Finance at Tsinghua University, has penned the preface of a newly published Communist Party of China book about digital currencies and blockchain, and claimed that no other blockchain project has achieved anything like the commercial success of the Bitcoin network.

However, she also opined that the fact that BTC is limited to the “private currency world” – as it cannot realistically be applied to the public sector. Wu added that BTC was unlikely to be adopted for use in place of fiat by a sovereign state, and claimed that price volatility was its Achilles’ heel.

Wu concluded her assessment of BTC by stating that most nations’ regulatory authorities refuse to recognize bitcoin as a currency, instead treating it as de facto digital asset.

The former PBoC executive also spoke out on the matter of digital currencies – a hot topic in China, where her former employer is now testing its own digital yuan token.

Wu claimed that digital currencies needed to be rooted in existing investment and financing framework if they wanted to succeed, and abide by existing regulations – rather than “subvert” the system.

She claimed that in the future, digital currencies would be an integral part of daily life for most Chinese citizens, meaning leading policymakers and economists needed to have a firm and objective grip on them, and a thorough understanding of how they work.

The comments will doubtlessly raise a few eyebrows in Mainland China, where PBoC and its executives – both current and former – have been relatively tight-lipped about all things BTC-related.