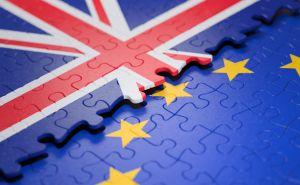 American mutual fund giant Fidelity is set to expand into Europe with a new UK-based branch.

Per an official announcement, the company’s crypto arm, Fidelity Digital Assets, will begin operating in Europe. Fidelity will also launch a new entity that will serve European institutions that invest in digital assets.

The new arm will be based in Britain, and will offer fund managers a platform for selling digital asset services to market intermediaries, hedge funds, family offices and other institutional investors based in the European Union.

The company says it intends to provide clients with access to multiple sources of liquidity through a single platform, as well as a secure, compliant and institutional-grade storage solution for Bitcoin. The storage solution, claims Fidelity, includes vaulted cold storage options, as well as multi-level physical, operational and cyber controls.

Fidelity says its new European venture will initially operate exclusively with Bitcoin, but plans to provide support for other coins in the future.

In a recent podcast hosted by media outlet The Block, Tom Jessop, the head of Fidelity Digital Assets, said that the company is considering adding Ethereum support next year, if there is sufficient clients demand.

“Since launching Fidelity Digital Assets in the United States over a year ago, we’ve seen significant interest and engagement by the institutional community, which show no signs of slowing.”

He also claimed that the company had been encouraged by market indicators, as well as interest from prospective British and continental European clients.

The UK arm will be led by Chris Tyrer, who joined Fidelity in April this year. Before taking up his role at Fidelity, Tyrer served as the managing director of digital asset projects at Barclays Investment Bank.

Fidelity Digital Assets has been offering custody and trading tools to its American clients – businesses and institutions – since last year. In mid-October, the company rolled out a much-anticipated crypto custody solution.

And a month ago, New York regulators gave it the green light to begin doing business with Wall Street investors.