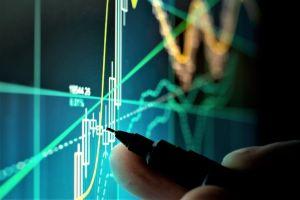 In what is likely to be the first such offering in the world, a crypto derivatives exchange has announced the launch of a new futures market that represents hashrate, or the computational power, of the Bitcoin (BTC) network.

Announced today by Sam Bankman-Fried, CEO of crypto derivatives exchange FTX, the new product drew mixed reactions from the community, with some hailing it as a “great for miners,” and others suggesting it is another unnecessary trading product.

Regardless of how useful the new futures contracts may be for regular retail traders, it may certainly offer some benefits for miners as they seek to hedge risks associated with fluctuating hashrate on the network.

According to FTX’s contract specifications, their new hashrate futures “expire to the average BTC mining difficulty over a period of time,” meaning that they “roughly represent” the total hashpower used on the Bitcoin network. For example, the BTC-HASH-2020Q3 contract “settles to the average difficulty of bitcoin blocks mined during 2020 Q3,” divided by 1 trillion, the exchange said. 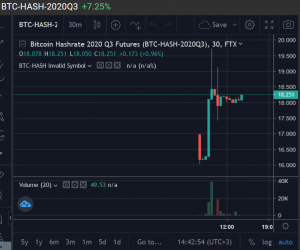 The idea of adding hashrate futures was first raised by FTX in a blog post in August last year, where Bankman-Fried said that they “are looking into hashrate, BTC dominance, and commodity futures” for listing on the exchange.

The bitcoin hashrate has risen fairly consistently over the past 12 months, but took a marked hit in March and dropped again after the third Bitcoin mining reward halving on May 11. However, it seems that hashrate has started moving up today again. 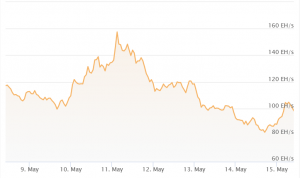 In either case, as reported, it might take weeks until we have a clear picture of the Bitcoin network after the halving.

FTX, which is backed by Binance, also made headlines earlier this year when it launched a futures contract that tracks the probability of Donald Trump winning the next US presidential election. The TRUMP contract is still trading on FTX, and is currently indicating a 50.1% probability that Trump will win the election.