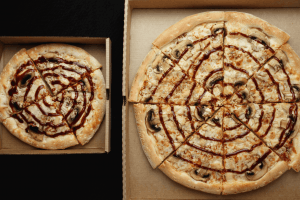 Happy Bitcoin Pizza Day, Cryptoverse! For those who are new to this event, today we celebrate one man’s first crypto purchase – he bought pizza with a mind-boggling amount of bitcoin. On this faithful day in 2010, programmer Laszlo Hanyecz paid a Bitcoin talk forum user for two Papa John’s pizzas with BTC 10,000. At that time, this was worth some USD 25, but today we’re talking about more than USD 90 million! And Hanyecz was never allowed to forget it.

It wasn’t possible (or it was?) to predict at the time what road BTC would take. Now in 2020, looking back over the past ten years, we are able to see an enormous growth for this network, protocol and asset class, based on numbers alone, not to even venture into discussions on mainstream adoption, higher institutional interest, many regulator’s and authorities’ shifting and more favorable stances, better crypto education, etc. – all of which have contributed to the rise in the coin’s network metrics, which then leads to more adoption, and so on.

To see how Bitcoin changed over time from its first pizza day, we took a look at its progression from 2010 until today and we discovered that: 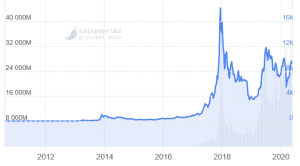 Here’s the change in searches for “bitcoin” on Google.

The famous #BitcoinPizza was an online transaction. This is one of the first physical stores that accepted #Bitcoin… https://t.co/xeNURJ8jJJ

@hodl_american He is also reportedly the guy who invented GPU mining, so his pizza transactions might have been an… https://t.co/IKZUGdDUXn

Can a Digital Dollar Save the US? JPMorgan Says…It’s Complicated Binance and Eosfinex Join Equilibrium’s Decentralized Governance
Scroll to top