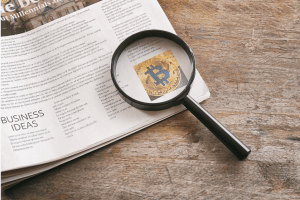 Education and honesty could help cryptocurrencies, such as Bitcoin (BTC), achieve mainstream acceptance, per a new report.

These were the findings of the 2020 Edelman Trust Barometer, a survey that garnered data from 34,000 people in 26 regions, with 1,150 respondents in each market.

Although just under half of those surveyed said that they trust cryptocurrencies, respondents did shed insight on the kind of things that might change their minds. Almost half of the respondents (47%) stated that “communicating crypto’s downsides” may increase trust more than any other measure, more so even than the second-placed “communicating crypto’s benefits” (46%).

“The more they know, the more they see potential for positive impact [of crypto],” the authors stressed.

Percent who report what they think the impact of cryptocurrency/blockchain will be among levels of informed: 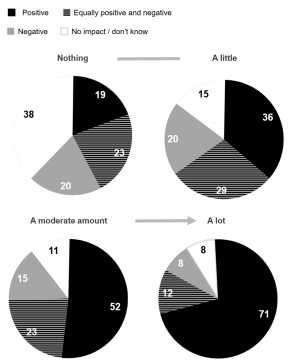 A shared code of ethics would also be popular (43%), as would “educational programs and retraining” (41%).

Surprisingly, the kind of measures that many regulators have been imposing on crypto exchanges around the world, such as “setting up a fund to help those negatively affected” by crypto, only won the support of 28% of respondents. This could suggest that regulators who look to force projects and exchanges to underpin customer assets with backup reserves are barking up the wrong tree.

That said, 62% of those questioned said they wanted to see more crypto regulation, although that number was far lower (51%) in China.

The report’s authors concluded that the following measures would help build crypto trust in the future:

Cryptocurrency and blockchain trust appears to be highest in China, where 81% of respondents said they trusted the technologies, with over 6 in 10 stating they expect blockchain to have a positive impact on the world in the future.