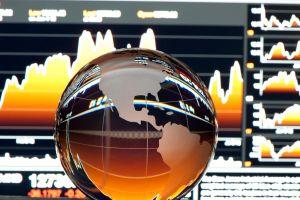 Crypto is not an island. While the most popular cryptocurrency, Bitcoin (BTC) is still considered to be a non-correlated asset, economic and financial developments have at least an indirect effect on crypto market behavior. Also, political and regulatory pronouncements can lead people towards crypto or scare them away.

There’s little doubt that the wider world will continue influencing the crypto industry in 2020. The question: how exactly will it do this, and what major global trends are likely to impact on crypto in the coming years?

It is estimated that economic conditions – and in particular low interest rates – might continue to make crypto and blockchain start-ups seem like an attractive investment, while many economists are still predicting a global recession next year that could increase crypto’s ‘safe haven’ status, which got into trouble recently.

But at the same time, the move of governments towards their own central bank digital currencies (CBDCs) could mean that decentralized cryptocurrencies are increasingly ‘squeezed out’ by tighter regulation.

What did experts predict would happen between the wider world and crypto in 2019? Well, to cut a long story short, they said that bearish stock markets, a struggling global economy, and Brexit would help drive interest in cryptocurrencies.

How accurate was this prediction? Firstly, stock markets recovered much of the value they had lost at the tail-end of 2018, making traditional assets more attractive. 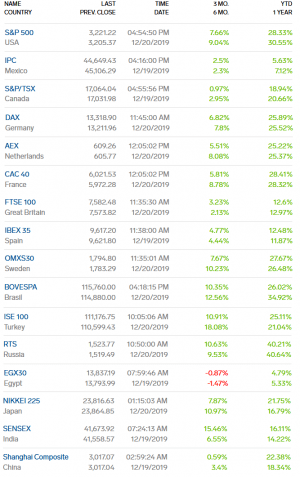 Secondly, the global economy did suffer from a relative slowdown in 2019, with trade tensions between the US and China arguably giving crypto a little bit of a boost.

Thirdly, Brexit didn’t actually happen in 2019, but the lingering uncertainty surrounding whether the UK would leave the EU with or without a deal once again fueled speculations that it might help crypto markets.

In sum, a mixed picture, although the fact that Bitcoin rose by 91% between January 1 (USD 3,770) and December 20 (USD 7,201) indicates that a somewhat volatile world/global economy possibly had some effect on its value.

2020 will mostly be defined by a similar economic outlook.

“While crypto prices are subdued and Bitcoin doesn’t make big headlines, quietly in the background blockchain companies are continuing to develop infrastructure and services that will make waves in the future. With global interest rates still so low, investors are constantly searching for ‘yield’, and this has helped encourage investors to take a punt on crypto projects.”

That said, 2020 may not be defined only by low interest rates, as the recession of the world’s largest economy, U.S. is still in the cards. However, according to Eugenio Aleman, economist at Wells Fargo Bank, “The panel is split regarding when the next recession will begin.”

“Respondents believe the odds that GDP will first turn downward by mid-2020 are about one out of five, but indicate there is a one-third chance that the downturn will not begin until the second half of 2021 or later,” he said commenting on the latest survey (November 5-20, 2019) by the National Association for Business Economics.

Combined with the UN’s recent warning of a global recession next year, this news might suggest there’s a real possibility of an economic downturn. Even so, while some people expect this to make certain cryptocurrencies more attractive as safe havens, some experts note that usually stable assets – even gold – are sold down during serious recessions.

At pain of repeating ourselves, a no-deal Brexit remains a possibility in 2020, given that UK Prime Minister Boris Johnson has put forward legislation that would outlaw an extension to the transition period beyond December 31. This would result in the UK’s trading relationship with the EU lapsing to the World Trade Organization rules, something which would potentially hurt GBP and encourage (mostly UK) investors to stock on crypto.

Trade wars and military tension will be another big issue next year. Most notably, military tensions between the United States and certain other countries (Iran, North Korea) could raise the specter of war, and while an actual military conflict remains unlikely, the continued uncertainty could push more investors towards crypto.

“When investors get nervous about political or military conflict, there is a ‘flight to safety’ which usually means selling risky assets and putting the money into what are considered relatively safe assets like the dollar,” explains Glen Goodman.

“Now that big, well-established institutions like Fidelity Investments are offering secure custody for crypto assets, we’re well on our way to a future where investors see Bitcoin as a safe-haven currency.”

There’s also the increasing attraction national governments seem to have towards central bank digital currencies (CBDCs). China is planning to launch its own CBDC, France and Turkey will be testing digital currencies next year, while the US and EU central banks are also weighing up the possibility of launching their own respective coins.

At this stage, it’s hard to gauge just how the attraction to CBDCs will affect crypto. On the one hand, the development of cryptocurrencies and blockchains might prompt governments to create regulations and conditions that are favorable for the growth of all cryptocurrencies in general.

But on the other, the creation of ‘official’ currencies might lead governments to be more hostile towards genuinely decentralized cryptocurrencies, which they might increasingly view as threats to their ability to distribute digital money.

“The digital currency war is hotting up now,” says Glen Goodman. “Unfortunately, as this war is all about power-grabbing, it doesn’t mean the superpowers will become more relaxed about decentralized cryptocurrencies like Bitcoin. Their plan is for controlled centralized digital currencies and they have no intention of allowing an outsider currency like Bitcoin – or even Facebook‘s Libra – to dominate world trade.”

Learn more:
War For Control Over Money: How Can Governments Respond to Crypto?
Imagine Separation of Money and State: 6 Crypto Experts Weigh In

The unpredictable next decade

Predicting the economic and political developments in 2020 is hard enough, but predicting the next decade is basically a fool’s errand.

However, assuming that more economic crises happen over the next decade that weaken fiat currencies (particularly in terms of inflation), it’s reasonable to expect that crypto might rise in parallel. Although let’s hope that crypto doesn’t need catastrophes to gain wider adoption.
____ 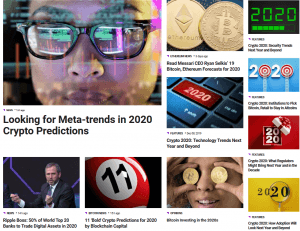 Hackation, Salvation, Expansion, and 20 Crypto Jokes
Despites, Split Opinions, Many Regulations and 20 Crypto Jokes
2021 Trends in CBDCs: More Pilots, Maybe Some Launches, But Not For Retail
Bitcoin Cash To Hit USD 100K, Says Roger Ver (Bullish on Ethereum Too)
A Debt-Fuelled Economic Crisis & Bitcoin: What to Expect?
What Are Leveraged Tokens And Should You Trade Them?
Cryptonews Rewind 2020: Q1 - Missile Strike, COVID-19, Black Thursday
Bitcoin’s Correlation with Altcoins is Declining Again. What Does it Mean?
0 replies