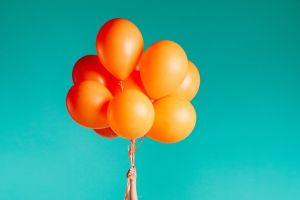 Juan Villaverde is an econometrician and mathematician devoted to the analysis of cryptocurrencies since 2012. He leads the Weiss Ratings team of analysts and computer programmers who created Weiss cryptocurrency ratings.

Dr. Bruce Ng is an educator in the field of Distributed Ledger Technology (DLT) and has been a lead crypto-tech analyst for Weiss Cryptocurrency Ratings since shortly after their launch.
__________

Bitcoin has busted through the USD 9,000 barrier and is now holding firmly above the USD 8,500 level.

The timing fits neatly with what our cycle model tells us for this crypto bull market. And it’s still got far to go before the cycle ends.

The big remaining question is: HOW far?

Cycles don’t give you the most accurate answers to that question – they’re much better at telling you WHEN a market is ripe for the next move. So today we present a totally different kind of analysis. We start by asking this simple question:

Are Bitcoin buyers in the red or black?

An impossible question to answer? Quite to the contrary, it’s actually pretty easy. Consider this hypothetical scenario…

And it’s this gain or loss that helps tell us how big the next big move in Bitcoin is likely to be.

Each chart below shows the two measures we just told you about.

The red line is Bitcoin’s Market Cap — how much all the Bitcoins are worth.

The pink area is Bitcoin’s Realized Market Cap — how much Bitcoin owners paid for them.

And what we want you to pay close attention to is the difference between the two — the overall net open gain or loss.

Figure 1: The red line is the July 2013 to October 2016 time series for Bitcoin’s Market Cap. The pink solid is Bitcoin’s Realized Cap. Data source: Coin Metrics. For a full-size chart, click on the image above.

1. We start in July of 2013. It’s just before a major bull market really gets under way. The Realized Market Cap (pink area is just a hair below the Market Cap (red line). Bitcoin is undervalued.

2. November 2013. Bitcoin takes off like a rocket, and by the end of the month, its Market Cap is far above its Realized Market Cap. That means Bitcoin owners now sit on monster unrealized gains and Bitcoin is overvalued.

Result: As December begins, Bitcoin owners rush to cash in. In less than three weeks, the price of Bitcoin is literally crushed — by more than half.

3. January 2015 and beyond. After a drawn out, one-year-plus bear market, a fundamental change creeps into the market: The Realized Market Cap is now significantly higher than the Market Cap. In other words, for the first time in many years, Bitcoin owners sit on big open losses.

Bitcoin is grossly undervalued. And a major bull market gets under way.

Figure 2: The red line is the July 2017 to January 2020 time series for Bitcoin’s Market Cap. The pink solid is Bitcoin’s Realized Cap. Data source: Coin Metrics. For a full-size chart, click on the image above.

1. Again, we start in July, but this time in 2017. That’s exactly four years after our starting point in the prior cycle. A coincidence? No. In fact, four years is the same exact time frame of each Bitcoin halving cycle.

Again, precisely as in 2013, it’s just before a major bull market gets under way.

And again, Bitcoin is undervalued.

2. November – December 2017. Just as it did four years earlier, Bitcoin rockets higher in November. In six weeks, its Market Cap is far above its Realized Market Cap. Bitcoin is overvalued.

Result: Within days it plunges, as Bitcoin owners rush to cash in. In just seven weeks, Bitcoin’s market cap is crushed again — this time by more than 60%.

3. November 2018 and beyond. After a drawn out, one-year-plus bear market, that same fundamental change of four years ago returns to haunt the Bitcoin owners.

In other words, for the first time in four years, Bitcoin owners sit on big open losses, and Bitcoin is grossly undervalued.

4. July 2019. Nearly in perfect cyclical harmony with the four-year-earlier cycle, a new Bitcoin bull market is under way.

This brings us to the present, with the next Bitcoin halving approaching and another surge in Bitcoin under way even as we speak.

What is the Realized Capital Gain indicator telling us now?

Well, to make it clear as day, let’s translate the Realized Market Cap it into average price that current Bitcoin owners paid for their BTC — USD 5,600!

With Bitcoin now trading between USD 8,000 and USD 9,000, that means they’re sitting on open gains.

But those open gains are still small. And if history is any guide, you won’t see another major decline until the Market Cap is about four times higher than the Realized Market Cap.

We can’t predict what the Realized Market Cap will be at that time. But even it stays the same as it is today, we’d be looking at about USD 21,000 BTC at that time.

And if Realized Market Cap itself rises, as it invariably does in a major bull market, the price of BTC would have to be far higher.
____

A Closer Look at the Environmental Impact of Bitcoin Mining
Bitcoin Wheel Cannot Be Stopped
Analyzing the Regulatory Response: Cryptoassets and Digital Assets
Tezos Soars on These 3 Strengths
5 Ways DeFi Can Revolutionize the Healthcare Industry
Coronavirus: How Blockchain, AI, And 3D Printing Can Help Solve Supply Crisis
Coronavirus Outbreak And its Implications for Protocol-based Governance
NFT: Can Burning A Banksy Make It More Valuable?
0 replies