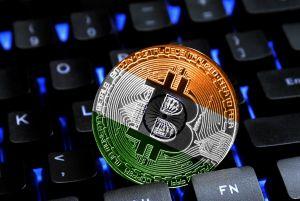 As previously warned by experts, India’s fight for crypto wasn’t over with the Supreme Court’s overruling of the 2018 banking ban. The process of the possible crypto ban is allegedly still ongoing and industry players are being now called to “engage constructively.”

India’s Ministry of Finance is now inviting other ministries to discuss its earlier draft on banning cryptoassets, introduced a year ago, The Economic Times reported, citing one undisclosed “senior government official.”

After the consultations, the draft should be sent to the Parliament for final review.

“If the bill does pass parliament then the verdict would not hold. It’s now time for the industry to fully understand the process and engage constructively,” Tani Ratna, Founder and CEO at Policy 4.0, and global blockchain policy/regulation specialist, tweeted, adding that “the consultative process is a long one.”

As reported in March 2020, crypto won a significant battle in India, with the Supreme Court ruling to lift the 2018 banking ban. The 2018 ban had sunk trade volumes, forcing exchanges in the country to shut down. The new ruling allowed the banks to once again open their doors to customers dealing with crypto.

However, the Court overturned the ban imposed by the Reserve Bank of India, only, and it did not address the draft ban bill, prepared by a governmental panel. As reported, last year, this panel recommended a 10-year prison sentence and fines for those dealing in crypto.

We have contacted the Ministry of Finance in India for comment and will update the article should they reply.
___
Learn more: What Effect Could an Indian Ban Have on the Global Crypto Industry?