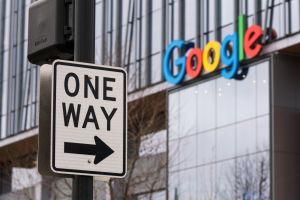 Google appears to have removed a number of cryptocurrency-related media outlet apps from its Google Play Store.

News providers including Cointelegraph and Coindesk say that their apps are no longer appearing on Google’s app marketplace.

However, at the time of writing, both media outlets’ apps are still available on Apple’s iOS App Store.

Cryptonews.com has asked Google to comment on this development, and will post updates if they become available.

Google has removed a number of cryptocurrency-related apps in recent months, including a game named Bitcoin Blast, which was suspended in January this year for what Google termed “deceptive practices.”

Google does not allow developers to list apps that allow users to mine cryptocurrency on mobile devices – although MetaMask claims that it does not offer such services.

The MetaMask app was restored to the Google Play Store in early January.

Meanwhile, in December, Google-owned YouTube restricted or even deleted some crypto-related videos. However, later, the company explained that it wasn’t intentional.
___