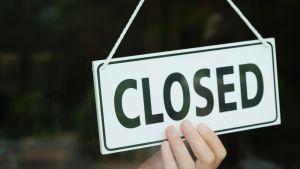 As previously reported, BitBerry operator and Dunamu subsidiary RootOne Soft said that “poor cryptocurrency market” conditions and “uncertainty about the future of the blockchain industry” were its principal reasons for the closure.

Customers have been given until the end of February to withdraw their funds from BitBerry wallets.

But per Chosun, an unnamed “industry official close to BitBerry” pointed the finger of blame at the government, stating,

“The downturn in the blockchain market and the lack of government regulation have made the business outlook very difficult [for crypto companies].”

The same media outlet reports that crypto exchange Bitkiny, which folded late last year, also gave similar reasons for its decision to close. The platform’s operator claimed that “restrictive” government banking regulations were “most of all to blame” for the closure.

Meanwhile, others claim the market for exchanges and other crypto services is saturated. Prixbit, another exchange that shut its doors last year stated,

“We had to close down the business because of the number of new exchanges that opened.”

A glut of small and medium-sized exchanges sprung up in the later years of last decade, and Chosun reports that many of these did not even go about obtaining business licenses – as the industry was, at the time, totally unregulated.

After the government stepped in with a range of restrictive policies in early 2018, many of these companies, as well as bona fide rivals, have been stuck in a struggle for survival.

The report claims that South Korean blockchain and cryptocurrency industry insiders are desperate for the government to approve forthcoming legislation that would create a legal framework for them to operate in – with many experiencing existential crises.

One unnamed industry insider claimed, also via Chosun, that even well-funded crypto companies have been “unable to grow beyond the level of a startup” due to the current lack of regulatory clarity.
___
Learn more: Crypto 2020: What Regulators Might Bring This Year and in the Decade