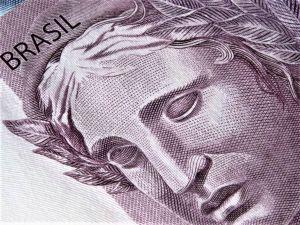 Crypto exchanges in Latin America are increasingly becoming embroiled in bitter struggles with domestic banks, with many banks moving to block trade with trading platforms.

Bradesco, one of the biggest banks in Brazil, appears to have won its fight against the Brazilian Association of Cryptocurrency and Blockchain firms (ABCB), a group of domestic cryptocurrency exchanges whose case had been referred to an external adjudicator after it and other banks closed members’ accounts last year.

Banks stated at the time that they were concerned by possible money laundering violations at Brazilian exchanges.

Per Criptonoticias, the ABCB’s case was referred to the Administrative Council for Economic Defense (CADE), Brazil’s competition regulator, which ruled in favor of the banks.

The ABCB last month lodged an appeal, complaining that the regulator’s ruling was riddled with “contradictions, obscurities and omissions.” The association has also disputed the CADE’s authority to rule on cryptocurrency-related matters, and had hoped to reach an agreement directly with the banks.

But Bradesco has now filed an official response to the ABCB, refusing the terms of the association’s latest proposal, and claiming,

“The alleged contradictions, omissions and obscurities pointed out [by the ABCB] were all correctly addressed by the regulator.”

Meanwhile, in Chile, the Banco de Crédito e Inversiones appears to have taken a leaf out of the Brazilian bank’s book – and has moved to close the accounts of the nation’s first crypto exchange, Chilebit.

Per a letter sent to the exchange in mid-December, the bank stated that Chilebit had 15 days to wrap up its dealings with the bank – and gave no reasoning for its decision.

There is a faint glimmer of hope for crypto exchanges bemoaning their fate in Latin America, however: Spain’s Santander was successfully sued by Brazilian exchange Mercado Bitcoin in 2018, after the bank closed the platform’s accounts – with a court last year ruling in favor of the exchange in a subsequent Santander appeal case.

Ethereum Corrects 5% But Here Is Why Uptrend Is Still Intact Bitcoin to Surge 150% In 6 Months? Why Analyst Thinks It’s Possible
Scroll to top