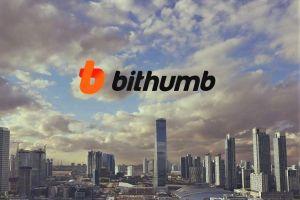 Lawyers and politicians in South Korea have been debating the legality of the tax service’s recent decision to effectively serve crypto exchange Bithumb with a USD 67 million tax bill.

As previously reported, South Korea’s National Tax Service (NTS) has attempted to force Bithumb to pay the withholding taxes on the trading activities of its foreign customers – a move that was confirmed by Vidente, Bithumb’s largest shareholder.

However, it appears that the NTS ruling may be fraught with legal difficulties. For a start, the South Korean government has previously banned overseas citizens from trading on domestic exchanges – so questions will need to be answered as to why non-Koreans were trading on Bithumb in the first place. And secondly, there is no existing South Korean law or legal precedent pertaining to tax on cryptocurrency trading.

Legal experts in the country have pointed out a whole host of other problems with the NTS move, and Vidente has indicated that it will seek to mount a legal challenge.

Per Digital Today, one lawyer said the NTS’ case could be relatively clear-cut as Bithumb account holders are required to state whether they are South Koreans or non-nationals during the registration process.

However, the same media outlet points out that under South Korean law, overseas citizens are automatically classified as South Korean residents if they stay in the country for a period of over 180 days.

Another tax lawyer stated that there was no legal basis for the NTS claim, and suggested that calculation problems would likely riddle the NTS should Bithumb fight the action, with the exchange likely to challenge the tax authority’s trading profits estimations.

And another potential wrinkle comes from the government itself. Per Breaknews, the Ministry of Economy and Finance has recently stated that it is “impossible” to charge tax to individual cryptocurrency investors under existing legislation.

The media outlet quotes a ministry official as stating,

“Individual cryptocurrency transaction profits are not listed as income and, therefore, are not taxable.”

The ministry has explained that it is currently looking into introducing crypto tax measures, and is likely to look at the sort of tax measures other countries have imposed before committing to a crypto tax policy of its own.

The NTS has been quoted as stating that the matter could be “resolved by tax courts and judges.”