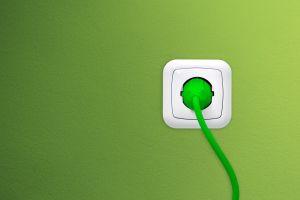 An unexpected winner appears to have emerged in one of the most bizarre crypto mining stories of the year – one with a twist in the tale!

The story, as reported by media outlet Xataka, begins at the studios of local authority-run television station in Andalucía, Spain, named Canal Málaga.

Canal Málaga engineers had been experiencing blackouts and power shortages since as far back as 2017 – and were having trouble identifying the problem.

They had called in an independent electricity consultant to look at their equipment, but the problems continued to persist. Eventually, they decided to call the police, whose cybercrime unit decided to look at a restricted area devoted to power supply matters.

There they found banks of equipment that the engineers had been told were power stabilizers. The electricity consultant had insisted that this equipment should never be turned off – and should instead be left well alone.

On closer inspection, however, police officers discovered that these “stabilizers” were in fact mining rigs. The rigs, they found, were making use of taxpayer-funded Canal Málaga electricity to mine Ethereum (ETH).

Police examined CCTV footage and saw that the electricity consultant had paid a total of 53 visits to these rigs, and was indeed using them to mine ETH tokens.

They pressed charges against the man in February. And the case was eventually brought before a court, which found him guilty of stealing electricity from the station.

The court has ordered the man to pay out 3,000 euro, more than half of which will be paid out to the television channel to cover its electricity bills, and the rest in fines to the court.

The twist? The consultant’s TV station mining rig stunt accrued him 4,846 euro – leaving him to walk away from his day in court with a cool 1,846 euro profit.
___
Learn more: 5 Surprising Instances of Unauthorized Cryptocurrency Mining