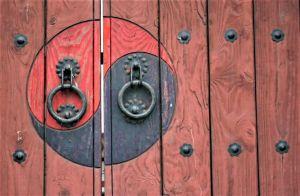 South Korean cryptocurrency industry insiders are warning that the country’s failure to introduce crypto laws could be cataclysmic, with “mass bankruptcies” likely.

As Cryptonews.com reported yesterday, the South Korean National Assembly’s schedule has been thrown into turmoil by an outbreak of the coronavirus. The country has become the worst-hit part of the world after mainland China, with some 1,600 confirmed cases.

As a result, most parliamentary meetings have been postponed indefinitely, and media outlets in the country say that parliament has been “unclear” on questions pertaining to when it may resume business as usual.

That will likely mean that the National Assembly will fail to hold its scheduled debate on the Special Financial Transactions Information Act, a piece of legislation passed by a committee in November 2019 that would enshrine FATF crypto and exchange governance guidelines into law and effectively create a legal framework for the cryptocurrency industry.

According to Bridge Kyungjae, missing parliamentary deadlines could prove even more calamitous for the industry. Bills that are not debated as previously planned could be scrapped altogether or sent back to the committee stage – causing an almost indefinite delay.

The media outlet quotes an industry official as stating,

“If the scheduled legal changes are not introduced, [crypto industry] uncertainty will grow and the number of companies that are forced to declare bankruptcy will increase significantly.”

Per a report from media ET News, another unnamed industry insider stated,

“The act will help the cryptocurrency industry gain legitimacy and help ease management-related uncertainty. If the deadline is missed, the industry will be hit hard.”

A number of South Korean crypto companies, including exchanges and token operators, have already closed down this year, mostly citing “regulatory uncertainty” as their reasoning.