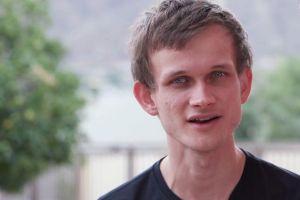 Vitalik Buterin, co-founder of Ethereum, finds money to be a type of game, but out of that game, there may be a solution for people to act towards the common good.

In a recent episode of Artificial Intelligence Podcast with Lex Fridman, the podcast host and a research scientist at MIT, Buterin is asked the question “what is money?” It’s a game, he says. You’ve got points reduced by a number, and somebody else’s points increase by that same number. It’s one type of a fair game, which has served a useful function for thousands of years, so it survives.

“I guess the economist’s utopia would be one where […] incentive aligns in the sense that there aren’t conflicts between what satisfies your goals and what is good for everyone in the world as a whole,” Buterin says. However, he finds that existing economic philosophy in many ways deviates from utopia. Public goods, which Buterin often discusses, are especially important on the Internet, he believes, and the idea of money as a game is reflected in trade – somebody loses money, another gains that amount.

“This model works really well when the thing that we’re using money to incentivize this kind of private goods, things that you provide to one person where the benefit comes to one person – but on the Internet especially,” and numerous contexts outside of it, “there’s actions that individuals or groups can take where, instead of the benefit going to one person, the benefit just goes to many people at the same time, and you can’t control where the benefit goes to,” says Buterin. The individual actions, he continues, have concentrated cost and distributed benefits, and money as a point system doesn’t do a good job of encouraging such actions.

Something “even tangentially connected to crypto, but theoretically outside of it,” that Buterin works on is a mechanism called quadratic funding. By this system, he explains, if a person gives a coin to another, it works as money, but if many people give coins to one person – and anonymously so – it’s “not in consideration for a specific service to that person themselves, and then the number of coins received by that person is greater than just the sum of the number of coins that have been given by those different people.” If N people each give a dollar, each person’s contribution gets multiplied by N, and the N person gets N squared coins.

The formula for quadratic funding, he finds, “optimally compensates” for the tragedy of the commons – people behaving contrary to the public good by depleting/spoiling the shared resources for self-interest, or as Buterin explains, not wanting to pay the full cost for the sake of the group’s benefit if they’re set to receive only a fraction in return. Quadratic funding is useful for public goods in general, he argues. The mechanism has been tried within the Ethereum ecosystem, and the top use cases supported by users were unwinding user interfaces to make it easier for them to interact with Ethereum, documentation, podcasts, software implementations of the Ethereum protocol, etc. – “lots of things that are gonna be useful to lots of people” who are contributing to a particular entity.

Discussing money not being backed by anything physical, but with billions of people agreeing that it has value, ETH co-founder stated that an interesting thing seen in the 21st century, in particular, is that “a lot of the important, valuable things are not backed by anything.” However, “the reason why the thing has value is just kind of network effects and coordination problems,” says Buterin. “Employees, in reality, aren’t going to switch all at once, and also the users aren’t all going to switch at once,” because doing so is difficult. In a scenario where 80% agree on switching from one thing to another, making it a reality, the first person doesn’t have the incentive to join, but the one in the 55th percentile does as they feel it’s safe. And this can be used as an analogy for crypto as well.

Buterin argued that money is definitely far from the only human motivator, but it’s a big one, and the closest we have to a universal motivator. Fridman pointed out that one of the ideas decentralized applications are looking at is who holds the power – but money is often said to equal power. “Money is definitely a kind of power,” Buterin replies, adding that he sees those two things as interplaying. People use it to display their social status, but also as a scoreboard – a way to measure success, bringing us back to money as a game. And though many may measure their self-worth through it, money is “far from a perfect indicator of how much value you provide to the society,” Buterin concludes.
___

Learn more:
Money Is A Technological Fiction
Vitalik Buterin on The Five Biggest Misconceptions in Crypto
Watch Out, Bitcoin, Altcoins Are Turning More and More to Payments