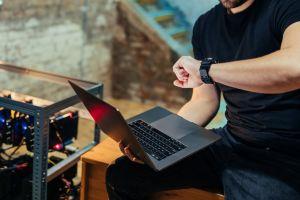 Four days before the next Bitcoin (BTC) mining difficulty adjustment, the previously estimated all-time high is nowhere in sight. Not only will there not be a new record, but along with the falling hashrate, the difficulty is now expected to drop.

Major Bitcoin mining pool BTC.com‘s latest estimation is that after two consecutive increases the difficulty will correct lower by 0.64% on May 5 to 15.86 T (11:52 UTC).

Ten days ago, it was estimated that Bitcoin difficulty adjustment, which is a measure showing how hard it is to compete for mining rewards, would reach a new all-time high during the next difficulty adjustment. As a reminder, the difficulty back on April 21 reached its biggest rise in six months, going up 8.45% to 15.96 T. Back then, the estimates were that it would rise more than 8% again to 17.29 T.

But now, just four days away from that next adjustment, this no longer appears to be the case and is unlikely to happen, especially when taking into account the the fact that hashrate, the computational power of the Bitcoin network, is dropping as well – now standing at 111.17 EH/s. 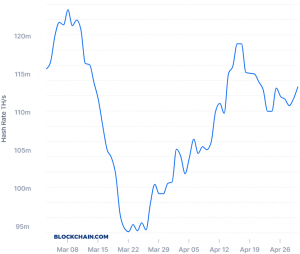 Also, it is the last adjustment before the Bitcoin minig reward halving event, expected to happen on May 12. Therefore, lower mining difficulty would somewhat help compensate for the loss of a substantial share of the mining revenue. 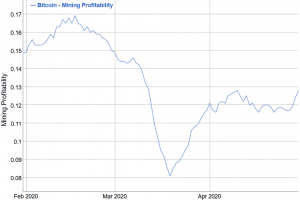 Meanwhile, a month ago, analysts at major crypto exchange Kraken warned investors to keep an eye out on the possible miner capitulation, despite April being historically been the second-best performing month for Bitcoin. The analysts explained that higher BTC prices are a must for miners to stay in business, and that even sideways price action could be enough to push the unprofitable miners out of the market. This dynamic will be worsened by the halving should price fail to trend higher, they said.